For all the amazing technology developed by and for American defense and intelligence agencies, the government’s spooks are apparently lagging... 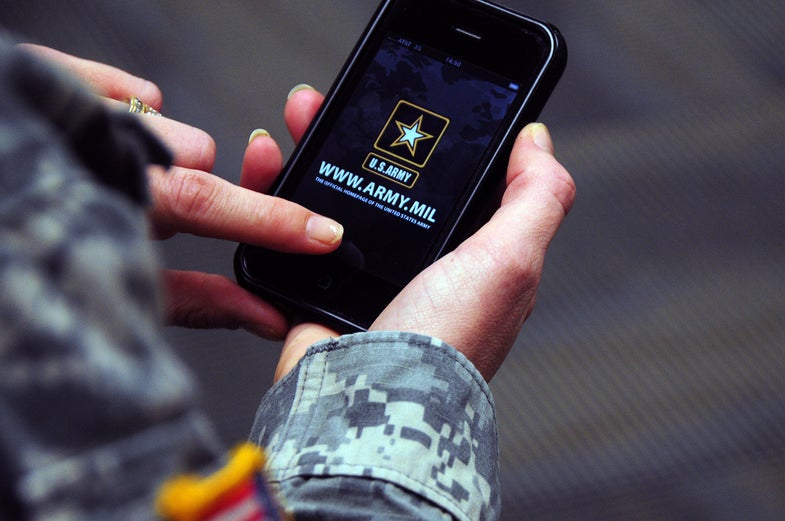 For all the amazing technology developed by and for American defense and intelligence agencies, the government’s spooks are apparently lagging way behind in one key area: Smartphones. That means no mobile email or Angry Birds for our nation’s spy corps. One NSA agent is trying to change that.

At a security conference in Florida, Reuters got some details on a top-secret smartphone project at the National Security Agency. Project leader Troy Lange is developing special software that turns an everyday, commercially available smartphone into a tool with top secret access. And he wants every employee in the Defense Department and intelligence agencies to have one.

“Think of the capabilities that would be in the hands of the warfighter when every one of them has a mobile device with which they could communicate back to their general,” he said.

Despite its abilities to safeguard American computer networks and eavesdrop on electronic communications, the NSA is still in the dark ages of communication — every email, calendar invite or document has to be accessed through a hard-wired desktop computer, not even a laptop approved for use in its secretive buildings. And you can forget about cell phones.

Phones are very easy to hack, which has prompted government officials and some private business types to leave their gadgets off — or back at home — when traveling to certain countries. This is increasingly common in China, the Washington Post reported this week. Even in this country, you can never be too careful, at least if you’re an intelligence operative.

The government does have its own suite of secure mobile phones that connect to something called the Secret Internet Protocol Router Network, but they’re not exactly sneaky, with bulky builds and limited capabilities. Apparently generals hate them, and have been known to switch to their personal cellphones to have classified conversations, Reuters reports. So it would obviously be better to give them modern smartphones with some souped-up capabilities. Lange’s pilot project is supposed to start later this year.

He even envisions a classified app store someday, Reuters says. Who knows what kinds of spy games it will offer.