Facebook Is Building Its Own Maps Using Artificial Intelligence 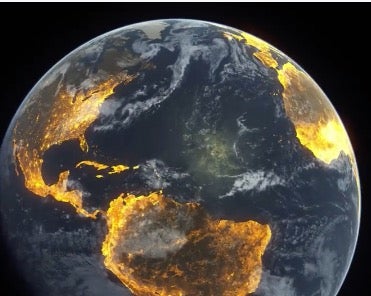 Last month, Facebook announced that its Connectivity Lab had mapped 21.6 million square kilometers (8.3 million square miles) of land to find where people were living. With this data, the company would have the information necessary to make flight plans for its internet drone, Aquila, or show which populations were located too far from a water supply.

Today, Facebook CEO Mark Zuckerberg posted a video illustrating just how powerful the final images can be. Instead of a global view, these satellite images give local perspective, down to 5 meter (15 foot) increments.

The maps that Zuckerberg is lauding were labelled by a clone of Facebook’s artificial intelligence algorithm that is used to identify visual elements, like faces. By looking at structures like roads, buildings, and schools, the algorithm is able to output how many people are in a certain area, and where they are concentrated.