It can tell the difference between high-yield and low-yield explosives at a distance.

A new type of bomb detection can sniff out how powerful an explosive is from afar. Devised by researchers at Vanderbilt University, Purdue University and the Colorado School of Mines, it uses a laser vibrometer and a sonic beam to identify how the bomb’s casing vibrates. From the patterns of the vibrations, the researchers can tell whether the homemade explosives inside are high-yield or low-yield.

Bomb-sniffing dogs and many of their mechanical equivalents need to be close enough to smell (or detect molecules of) an explosive. That requires getting a teensy bit closer to a potentially ticking bomb than most people really want. Acoustic detection has a greater range, allowing explosives to be identified from a safer distance. In testing, this system could distinguish between high-yield and low-yield type materials (they used an inert crystal and polymer material to simulate a live explosive in the lab) and identical plastic containers filled with air, water or a clay material. 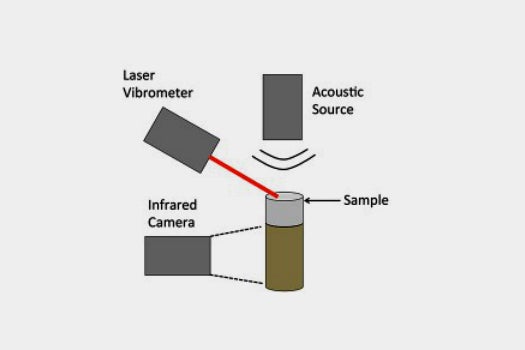 The technique, developed as part of a grant from the Office of Naval Research, was presented yesterday at the American Society of Mechanical Engineers Dynamic Systems and Control Conference.