Why erectile dysfunction meds can have serious side effects

The medical condition—and the drugs used to treat it—should be taken seriously. 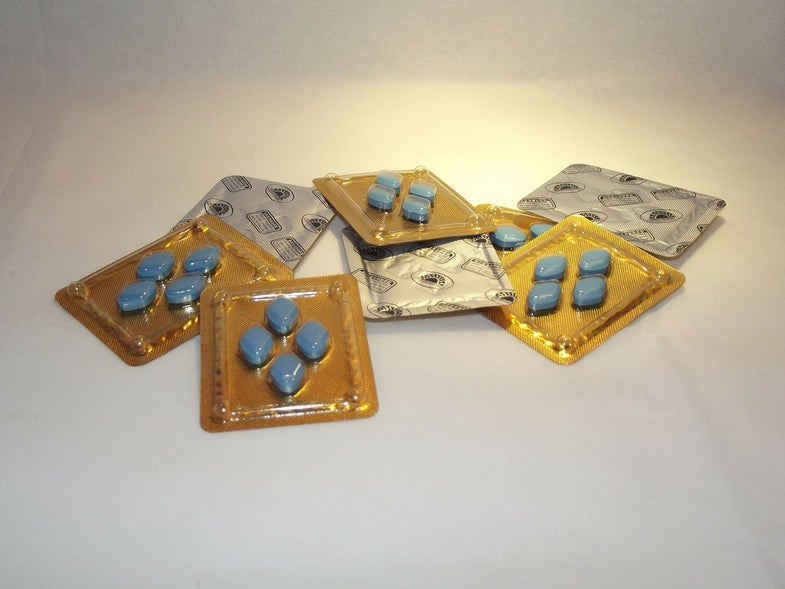 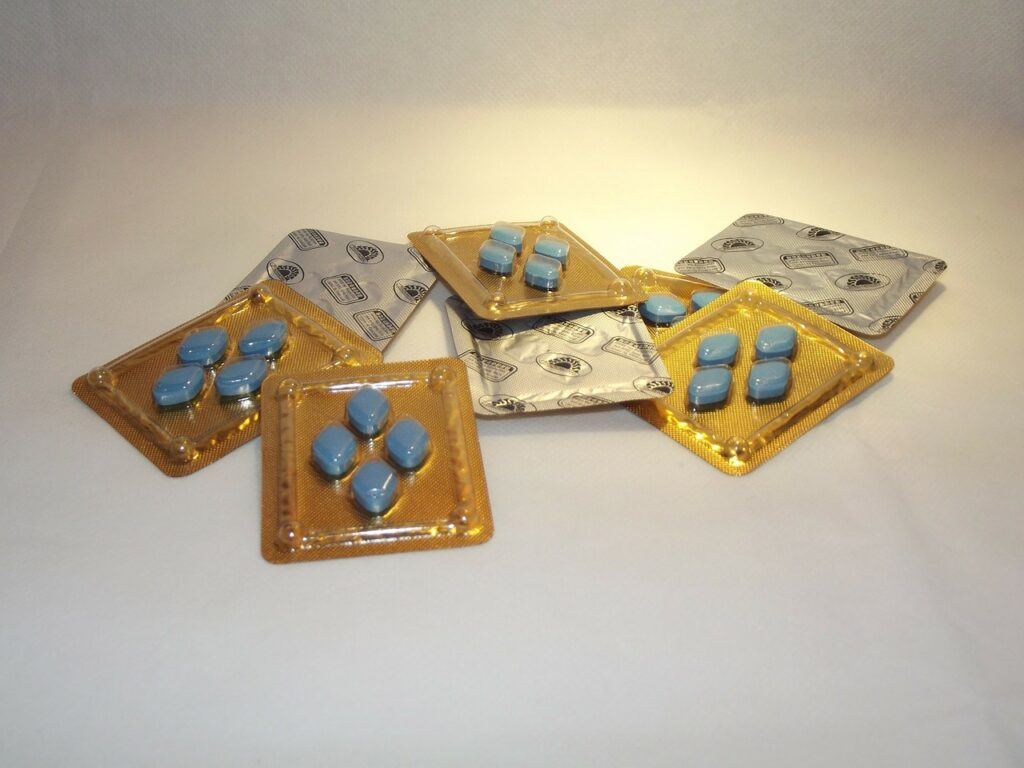 Taking these little blue pills is not all fun and games.

This month in weird medical news, a man in New York City now permanently sees red after overdosing on erectile dysfunction medication. Yes, you heard that one right. Doctors published the 31-year-old man’s ordeal in a case report in Retinal Cases this month. Apparently, he had purchased sildenafil, the active ingredient in Viagra, over the internet and then drank the stuff straight from the bottle. The world has looked red-tinted to him for over a year now. When doctors scanned his eyes, they found the medication had damaged the outer retina and cone cells in his eyes, messing with his color vision.

The color altering effect was not entirely surprising as these drugs, rarely, are known to affect the cells and tissues that make up the retina. Why the color red is still unclear, but case studies have reported various visual disturbances—including seeing a blue tint—in the past.

Recently, advertisements on subways systems, buses, and online have brought about an ED-awareness renaissance. Posters sporting phallic cacti insist Viagra is not just for older men. This is partly because the patent on sildenafil expired in 2012, allowing other companies besides Pfizer (Viagra’s original maker) to start selling and marketing the drug, which significantly dropped its hefty price tag. New men’s health startups and shady wholesale websites and radio advertising schemes alike are all getting in on the ED game.

While seeing permanent red is an extreme example, it serves as a good reminder that drugs to treat erectile dysfunction are just that—ones used to treat a true medical condition that carry real side effects. Even the internet startups like For Hims, the company responsible for the aforementioned phallic cactus ads that make ED seem like no big deal, have a required online doctor consultation process you have to go through before getting a prescription. But most men feel really uncomfortable talking to a doctor about this condition, however, and will avoid doing so for years, says Jesse Mills, a urologist who specializes in men’s sexual health at UCLA.

Getting some sildenafil quietly online—and never having to actually see a doc face-to-face—from a site that doesn’t ask any questions might seem really appealing. But the drugs that treat this condition are far from benign. Here’s what your doctor would tell you if you saw them for ED—and why you should still make the effort to see your MD regardless.

How Do Viagra and Cialis Work?

Let’s first lay out the science of getting—or not getting—an erection.

A layer of endothelial cells coat the inside of all veins and arteries in the body, helping control what moves in and out of the blood stream. Among their many functions, these cells release nitric oxide (NO) which help muscles in the vessel wall relax, lowering blood pressure. This NO release, and subsequent muscle relaxation, is necessary for men to get an erection, says Jesse Mills, a urologist specializing in men’s sexual health at UCLA.

Under normal circumstances, eEnzymes called phosphodiesterases (PDE), eventually break down that NO. But, if someone has ED, their endothelial cells malfunction, so they don’t produce as much NO and these enzymes quickly gobble up what little NO the endothelial cells produce.

Sildenafil, the active ingredient in Viagra, and tadalafil, the active ingredient in Cialis, both prevent the enzymes from doing this, so what little NO the body produces sticks around longer, making an erection possible. Mills likens taking Viagra to plugging a leaky sink. With the medication acting as a plug, the meager amount of NO can fill up the “sink” of the body for a short period of time.

But, there are always side effects?

These medications don’t just affect the penis. Like endothelial cells, PD enzymes exist throughout the body, from the penis to the heart, muscles, and eyes. There are 11 different variations of these enzymes, says Mills, and Viagra and similar medications aren’t specific to the enzymes involved in erections. “They’re more blunt instruments,” explains Mills. So, the meds prevent NO uptake in other parts of the body too, triggering side effects.

Do I actually need Viagra?

In recent years, Mills has noticed an increase in the number of young men coming to his practice worried about ED, and nationwide, he says, there’s been a recent leap in the number of men between age 18 and 40 self-reporting they have ED. He suspects many of these men experience “very mild to minimal dysfunction,” because they notice erections aren’t as good as they used to be, or they can’t match pornographic expectations. While many of these men aren’t in danger from taking doctor-prescribed doses of ED medications, says Mills, their need is about perception and lifestyle, not medical necessity.

The truth is, ED is pretty common. When men turn 25, the levels of NO circulating in the blood drop, says Mills. “It’s one of the first stages of aging.” NO levels continue to go down at an accelerating rate about every decade. Medication is just one way to deal with this biological shift, and it’s not always the best or most effective.

Psychological erectile dysfunction, for example, should be treated through therapy. “If you are getting up in the morning with an erection but when you have intercourse you can’t get one, then I would be concerned about psychological overtones and bring in a sex therapist,” says Mills.

Again, because those endothelial cells are found everywhere in the body, any health condition that can mess with them can also contribute to ED. That includes smoking cigarettes, high cholesterol, obesity, and diabetes, says Mills. Stress and alcohol consumption can also affect performance. And, “in a subset of men, ED is the canary in the coal mine” for other health problems.

For men with these conditions, lifestyle changes can go a long way to treating erectile dysfunction, says Mills. Even Andrew Dudum, founder and CEO of the men’s health startup For Hims (responsible for the aforementioned phallic cactus ads), said about 30 to 40 percent of men seeking ED help through For Hims don’t actually get sildenafil, and the consulting doctor on the website will recommend another therapy or lifestyle change instead.

The takeaway: you don’t have to sacrifice your color vision for one night of ecstasy. “Doing everything that’s good for you heart, turns out it’s also good for your penis,” says Mills.

This post has been updated to reflect the fact that the body’s endothelial cells release nitric oxide, not nitrous oxide, as previously stated.