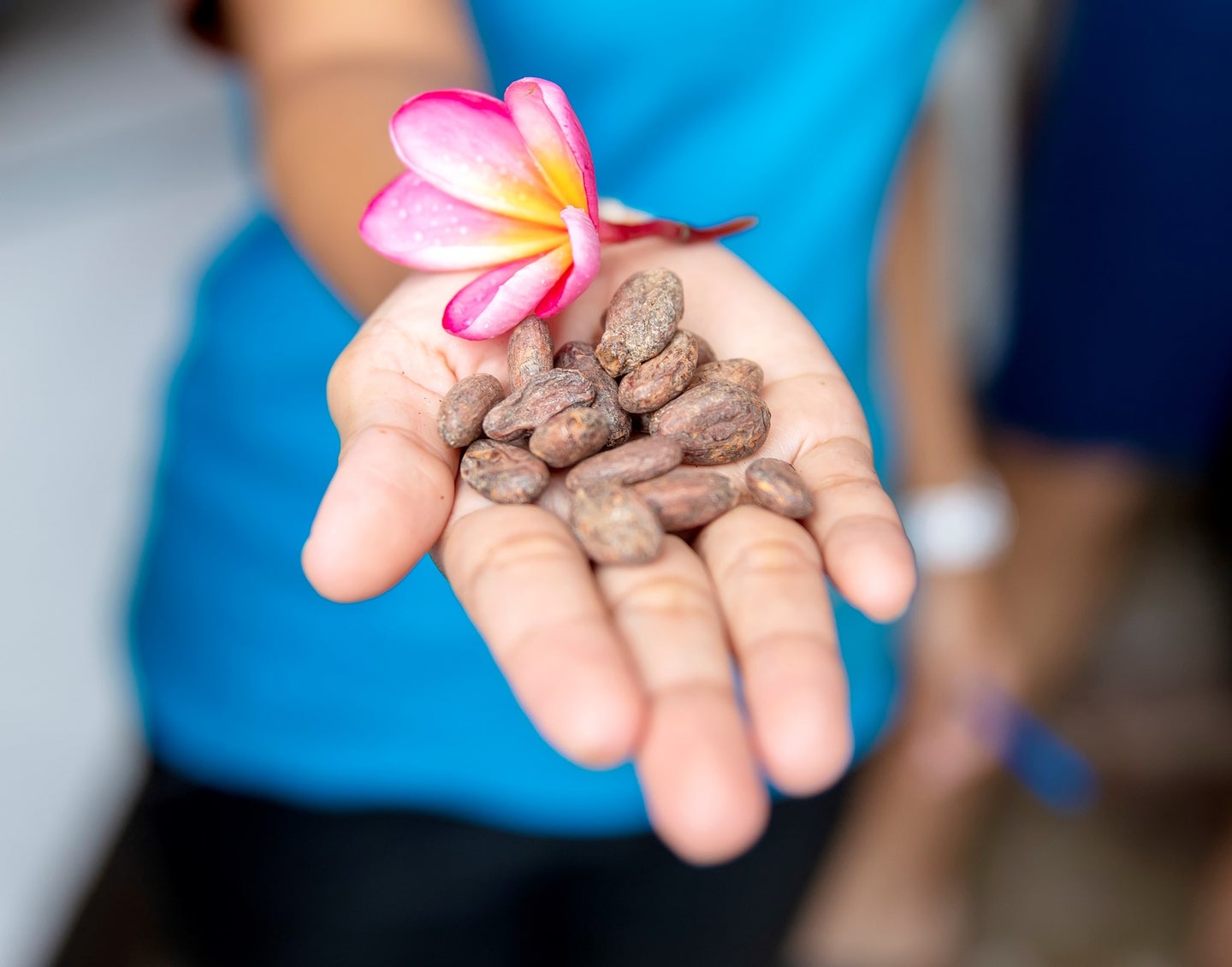 Indonesian cocoa farmers contracted by companies like Mars Wrigley aren't getting the flexibility they need to adapt to climate change. Deposit Photos
SHARE

Snickers, M&Ms, Twix bars. These candies might be found in kitchen cupboards, but their prime ingredients come from much farther away. In fact, Mars Wrigley, the largest chocolate producer in the world, gets most of its cocoa, or 400,000 tons annually, from Côte D’IVoire, Ghana, and Indonesia.

As the third biggest cocoa powerhouse in the world, Indonesia’s farmers have a lot to lose as climate change threatens the $80-million export industry. As rainfall patterns shift and temperatures climb, land ripe for cocoa cultivation will fall by 9 percent by 2050. Deforestation across the country is also making the fruit trees more susceptible to pest infestation. But while climate adaptation measures are being put in place to protect smallholder farmers (those who harvest on under five acres of land), not everyone is convinced that these measures are working.

In a recently published article in Annals of American Association of Geographers, Sean Kennedy, a professor of regional and urban planning at the University of Illinois at Urbana-Champaign, looked at how climate adaptation is both helping and hindering the lives of cocoa farmers. He specifically focused on the measures implemented by corporations like Mars.

Smallholder farmers, who tend to nearly 4 millions acres of land across Indonesia and account for 95 percent of its cocoa production, often face the brunt of climate change-induced threats that affect their yield and profit. To secure its own production, Mars has put various measures in place to help these growers adapt. But as Kennedy found, the company’s measures come at the cost of the farmers’ mobility.

[Related: Indonesia’s capital is sinking, but climate change isn’t the only culprit]

One of the prevailing narratives with climate is that enabling people to stay in place is the best way to help them adapt. But this discounts a history of migration in farming communities, says Kennedy.

Migration has long been used as a climate adaptation technique because it allows farmers to decide when and where they will plant, cultivate, and process crops to avoid risk. It’s not just about farming either—mobility becomes a question of supplemental livelihoods too. Looking past the individual farmer to their families, different members of a household might seek temporary off-farm employment in nearby cities as a way to reduce financial risk. But that can only be achieved through the freedom of movement.

In the broader scheme of climate adaptation, however, the idea of staying in place no matter how the wind changes sometimes goes hand-in-hand with resilience, Kennedy says.

“It’s often linked to adaptation and the idea that resilience comes through increased ability to withstand shocks and to not have to change what you’re doing,” he explains. “But in the case of Mars, that narrative of staying in place enables them to continue producing the supply of cocoa in the face of these worsening climate shocks.”

Because Mars has adopted its own system to standardize the quality of cocoa it uses, Kennedy argues that they create financial dependency for the farmers. The standards require the growers to use costly fertilizers and pesticides. In the worst case, this can cause the farmer to fall into debt or lose their land as collateral. Mars did not respond to PopSci for comment on its practices.

Kennedy does point out that the company doesn’t explicitly call these procedures climate adaptation, but at the very least, they’re portrayed as measures designed to benefit smallholders. Overseas, Mars runs a chain of production where the corporation doesn’t have to take on any of the risk of owning the farms, but still maintains significant influence. These are just some ways it ensures its supply of cocoa remains untouched.

While Mars may not call this climate adaptation, Kennedy notes that the safeguarding measures are intended to defend cocoa yields from labor shortages or crop disease. These hazards are increasingly being shaped by climate change. In his research, Kennedy gleaned the perspectives of Indonesian farmers who are growingly more vulnerable to climate change. Ultimately, these strategies put in place by Mars to boost productivity also limit the cocoa growers’ ability to use alternative adaptation strategies.

“At the end of the day, they’re restricting the livelihood options that these individuals have,” Kennedy says. So rather than being able to pursue off-farm employment or being able to produce other crops that may be more economically beneficial for them, the [company is] narrowing those opportunities to just cocoa production.”

Samuel Dupre, a survey statistician with the U.S. Census Bureau’s International Program, learned from his own experiences in running microfinancing operations for women in Ghana that, “if you want conservation interventions to work, you have to make it work with people’s livelihoods, and not in a way where you’re taking away their ability to feed their family.”

According to Dupre, who was not involved with Kennedy’s study, Mars’s climate finance strategy amounts to taking away individual farms’ agency. “Smallholder farmers’ ability to persist generally rests in their ability to have these wide livelihood portfolios,” he says. Creating a variety of income streams through migration is a big source of security for these households. As Mars seeks to lock people in place and control what they can or can’t do with their crops and their land, they threaten to take away the protection of diversification.

But for Dupre, there’s no equitable answer when it comes to big corporations and climate financing. “They’re answerable to their stakeholders, and if they’re acting to their mandate, they’re going to maximize production and income while minimizing risk,” he says. From that point, it becomes a matter of figuring out who’s going to bear the burden of risk—whether it’s corporations like Mars, farmers, or governments. While Dupre thinks that some of Mars’s actions such as its farmer field-training program could benefit local growers, ultimately the decisions about change need to be made by the people on the ground.

“For us in the Global North, we’re not the ones who should be making those decisions in the first place,” Dupre says. “A more equitable solution should give people the resources to make their own decisions on their farms.”

In his research on small coffee farms in Guatemala, which is currently under review for publication, Dupre found that access to different sources of information from the internet or radio was essential for growers to make these decisions. Understanding what dangers are in store for their farms, how other areas they might migrate to have been affected by climate change, and what action they can take locally all go a long way for resilience. Non-predatory loans were another must-have.

“Access to equitable finance is huge. A massive farm or a massive corporation getting access to finance to deal with [climate] situations is easy, but it’s expensive to be poor,” Dupre says. “The less resources you have, the less diversity of options you have, the easier it is to be taken advantage of and have someone else push that risk off on you.”

For Kennedy, part of the problem is a framing issue. By only seeing these farms as cocoa farms, they’re forced into limited options. “When you focus just on the commodity as your adaptation approach, everything revolves around cocoa and maintaining cocoa production without thinking about it from an individual livelihood point of view,” he says.

Shifting to an approach that prioritizes livelihoods, multiple household incomes, and food security from different crops offers a more sustainable solution. But until companies do that, Indonesian farmers and chocolate buyers around the world will have to contend with the risks that climate change poses on their beloved ingredients.