The curious case of the electric carving knife

This Thanksgiving, consider plugging in your knife. 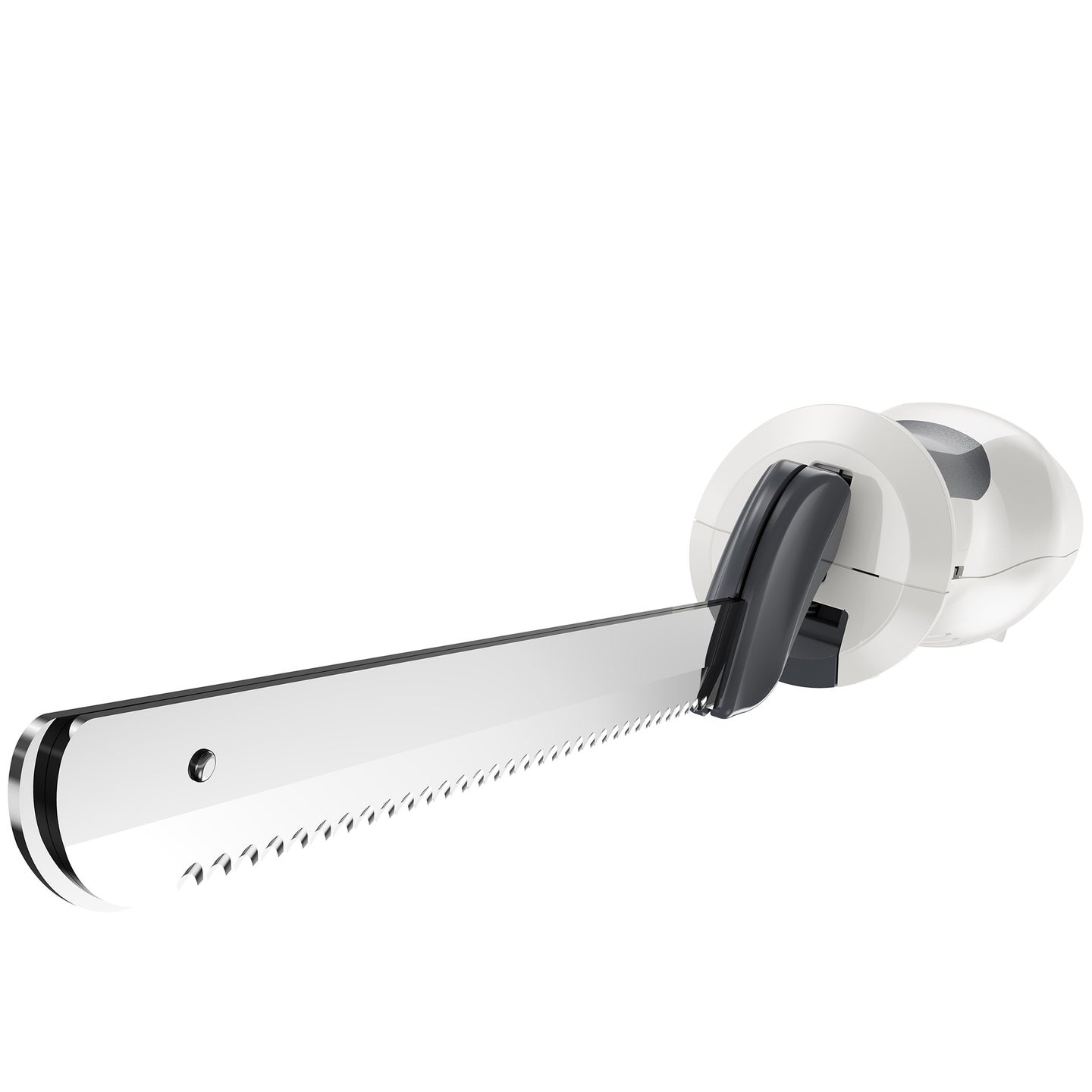 Electric knives are cheesy antiques, right? You have to plug them in, they’re noisy, and seem ridiculous when compared to a traditional knife, especially if you own a quality tool that you keep sharp. They have an old-school vibe, but not good old-school. More like: an unnecessary gadget that Mad Men-type ad execs would hawk.

But a good electric knife can do one thing really well: it will cut roast meat cleanly, leaving a tidy little strip of skin on top of each slice. In other words—they are silly, but if you’re ever going to use one, it’s Thanksgiving and other occasions like it. The moments when you want things to be pretty.

“I was super skeptical when they started that testing,” says Dan Souza, editor of Cook’s Illustrated. “It’s just kind of this relic from the ’50s and ’60s.” One problem is the noise; they can be “as loud as a lawnmower.”

“I would say that they’re not taken especially seriously,” he adds.

But one model stood out for them: the Black + Decker ComfortGrip 9-inch electric knife, which is $18. An electric knife has two side-by-side blades that move back and forth quickly, meaning that you don’t need to saw manually—you just push down. It looks like a power tool you’d find in a wood shop, not a kitchen cabinet.

“You can get a very clean cut that way,” he says. “That winning one did do a really nice job of keeping a perfect little strip of crispy skin on every single slice.”

To get the most out of an electric knife, first separate the chunks of breast meat from the cooked bird—a task for which Souza recommends just using a regular chef’s knife. Then, place meat on a cutting board, skin up, and use the electric knife to cut it across the grain.

“And that’s really where I think the electric knife excels, with no tearing of the skin, and really, really clean slices,” Souza says. The tool would also come in handy with a cooked piece of roast beef, or pork roast.

A good one can help people out who don’t frequently cook, or carve, a turkey. “It does solve a potentially pretty big problem for home cooks,” Souza says. “And there’s the added pressure of you’re wanting it to be this gorgeous thing on Thanksgiving.”

David Bruno, a chef and associate professor at the Culinary Institute of America, agrees that an electric knife can come in handy when slicing a bird. “For someone who may have a drawer full of knives, what I generally find—unless they’re really a knife aficionado—most of those knives are really dull,” he says. A dull knife will rip the skin, but in this context, the electric knife could produce nice, tidy slices.

“In general, we don’t use a lot of them,” he adds. But they do have a niche. “People that are making food to display for competing, that really need an accurate slice, have been known to use these knives before.” Some competitive barbecue cookers use them to cut their meats—but it’s a controversial topic that has spawned countless arguments.

Of course, you don’t need one. “I still really believe that if you have a super sharp knife, and you take really great care of it, you can absolutely carve a turkey with great success,” Souza says.

Not sold on the idea of an electric knife? That’s fine. The test kitchen at Saveur—one of Popular Science’s sister publications—rounded up some blades to consider for your kitchen. You don’t even need to plug them in.