It was not filled with chocolate 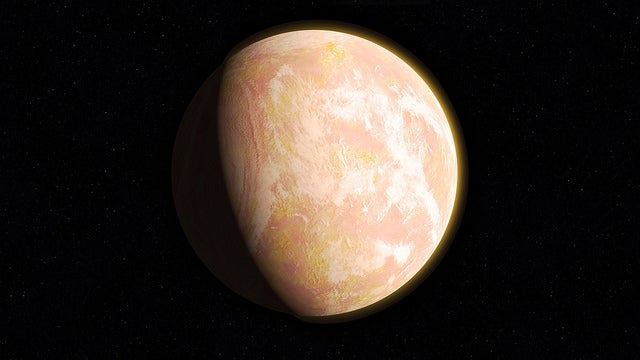 Unlike modern Earth which one might argue resembles an apple with some nibbles taken out of it, early Earth may have had a far more uniform crust according to a new research letter in the journal Nature. If right, they will have upended decades worth of geological theory.

To understand the debate, it helps to understand that geologists base their understanding on how the earth looked more than three billion years ago—the early Archaean eon—on the geological processes that we can observe today, an idea known as uniformitarianism. Specifically, uniformitarianism is the theory, “that all the geological processes that we can observe today have been operating since earth’s history,” said Tim Johnson a geologist at The Institute for Geoscience Research (TIGeR) at Curtin University in Perth Australia and lead author on the study.

Currently, the primarily geological theory that explains how continents form is the theory of plate tectonics, where the outermost layer of the Earth—the crust—is divided into plates.

“It’s rather like dropping a hard-boiled egg,” said Michael Brown a geologist at the University of Maryland, College Park and an author on the study. “You sort of crack the shell into a dozen to 15 pieces so you have these polygonal type shapes that are connected by boundaries.”

Those boundaries can be things like a strike-slip or a transform fault, where the crusts slide pass each other as in the San Andreas fault in California. Similarly, there are oceanic ridges where new crust is formed like the mid-Atlantic ridge, a mountain range in the middle of the Atlantic Ocean which is formed as magma rises from the mantle. Finally, different sort of boundary, called a subduction zone balances out the new crust by pushing it down.

“You have parts of the world like the Pacific Ring of Fire sort of around under Japan and under Alaska and the Cascades where you have the Pacific Ocean being pushed underneath the continents to get rid of that ocean basin because we can’t have an expanding earth.”

Crucially, all of these boundaries are interrelated, so a shift in one boundary impacts the others. For example, when basalt that bubbles up to the ocean floor at a mid-ocean ridge reaches the far edge of a plate it has to go somewhere. Often, it dips (subducts) beneath the neighboring plate and the high temperatures and pressure of the plates sliding by each other starts to melt the surrounding rock. The process helps create large masses of granite beneath the surface that can build up into mountain ranges and continents. Ultimately, this leads to the dynamic earth that we know – with earthquakes, and mountains, and volcanic eruptions.

Earth may have looked more like the image on the right than on the left in its early days, with a single crust.

In other words, uniformitarianism may be inaccurate.

The researchers arrived at this conclusion by studying some of the oldest known rocks in the world—rocks from the East Pilbara Terrane of Western Australia which date back some 3.5 billion years to the Archean eon. The Earth, for the record, is about 4.5 billion years old. The Pilbara formation contains both granites and basalts.

Previous work established that this Australian Archaean era granite had formed from the melting of basalt. Similarly, a 2016 study identified a mathematical relationship between basalt melt temperature and pressure—which serves as a proxy of depth—and the trace minerals present in the resulting granite. What this study did was put the two studies together—by running the basalt data through the model they were able to get data on the trace minerals that should have been present in the existing granite samples.

“We demonstrated that these basalts at the base of the Pilbara are excellent candidates for the source rocks of these ancient Archean granites,” said Johnson. “But they require that the geothermal gradient (the increase in temperature with pressure) is much more we see in modern subduction zones—twice to three times warmer.”

In other words, the basalt could have created the resulting granites, but not with the same processes we observe today. How continents formed in the past would have had to be different. Also, more crucially, the basalts had trace element patterns suggesting that they were developed from an even earlier, more primitive basalt-like source.

“Our research suggests that the ancient granites in the Pilbara had not only parents,” said Johnson, “but also grandparents, and possibly great-grandparents before them. Such a protracted history is not compatible with subduction and modern plate tectonics.”

The researchers ran additional models, and found that the data which best fit suggested that the when the Earth first formed continents it formed them as a single shell, known as a stagnant lid. While there may have been some subduction and so on happening locally to relieve some pressure, the network of plate tectonics that mark modern Earth did not yet exist. Under a stagnant lid scenario the earth would have been much hotter at shallow depths and lower pressures—in line with what would have been necessary to form the granite that they found.

If Johnson and Brown are right—and the study is one of a growing body to suggest that a strict adherence to uniformitarianism may be incorrect—this isn’t necessarily a bad thing for the geological sciences. After all, they’ve been through it before. The theory of plate tectonics upended older ideas like that of a geosynclinal earth. “The evolution of plate tectonics,” said Brown, “is very much like Einstein’s theory of relativity in physics—it’s sort of fundamental. The whole physics was turned upside down by Einstein, and the whole of geology was turned upside down by plate tectonics.”