Drones Save Children From Flooding

Firefighters helped too, I guess 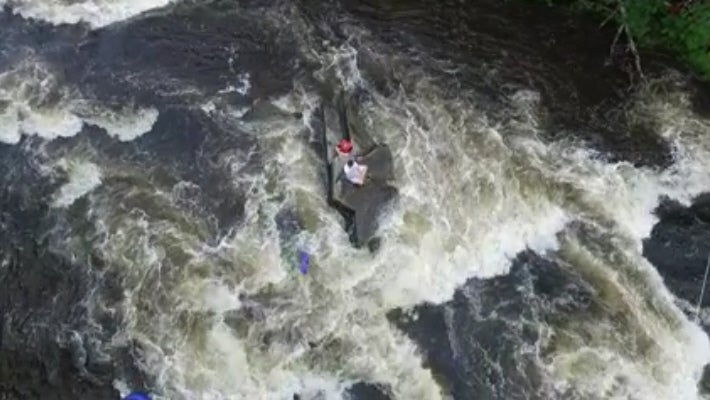 This week, a 12-year-old and an 18-year-old were stranded on a rock surrounded by rapids after a tubing accident. Thanks to the firefighters of Mechanic Falls, Maine, and a drone, the two were safely rescued. This was no miraculous lift from danger by helicopter, but a small practical assist, well-executed.

The boys, stuck on a rock, only had one life vest between them. Rather than making a solomonic choice, the firefighters wanted to get another life vest to the kids. The drone, a DJI Phantom 3 operated by Fire Chief Frank Roma, isn’t made to carry large payloads. So they had it fly a line to the youths on the rock, and with the 18-year-old holding on to that line, the firefighters sent over another life jacket. The fire department was then able to rescue them safely.

This isn’t the first time fire crews with drones on hand have saved lives. Earlier this year in Texas floods, a volunteer used a drone to find people trapped in stuck cars, and to fly out life vests to a family in a water-bound home. In 2014, a Connecticut fire department volunteer used a quadcopter at a quarry fire, scouting for any danger to a rescue crew.