Drone Ship Has Returned Its Captured Falcon 9 Rocket To Port 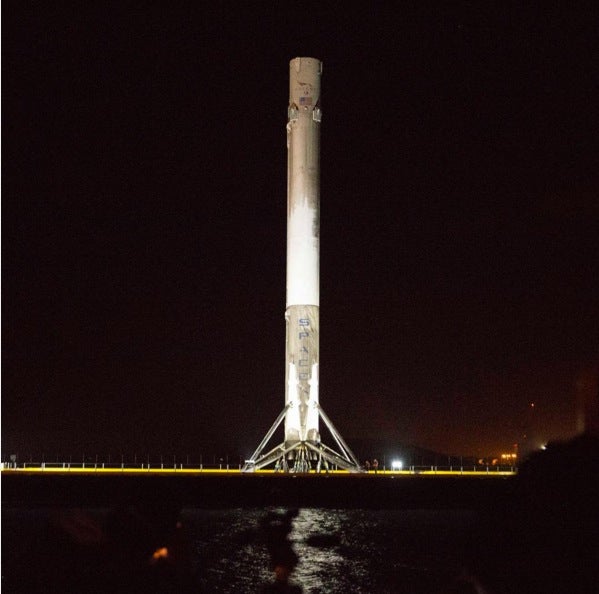 The Falcon 9 has landed. On Friday, SpaceX’s rocket booster launched 7,000 pounds of supplies toward the International Space Station, then came back down for a landing on a drone ship. Early this morning, the booster came back home.

After Friday’s landing, SpaceX clapped steel boots onto the rocket’s landing legs, welding the 14-story-tall rocket to the ship so it wouldn’t tip over. Then they began the process of bringing it into port.

The ship was originally scheduled to arrive on Sunday, but it didn’t arrive until about 3 AM Tuesday.

Now they’ve got to get it off the ship. Huge cranes — 273 feet high, according to Florida Today — will pick it up off of the barge, put it on a stand, and turn it horizontally so that it can be transported back to Cape Canaveral.

SpaceX will inspect the rocket and test fire it 10 times to see if it is fit to fly again. They hope to launch it again as soon as May or June. If that works, it could usher in a new era of reusable (and thus less expensive) rides into orbit.