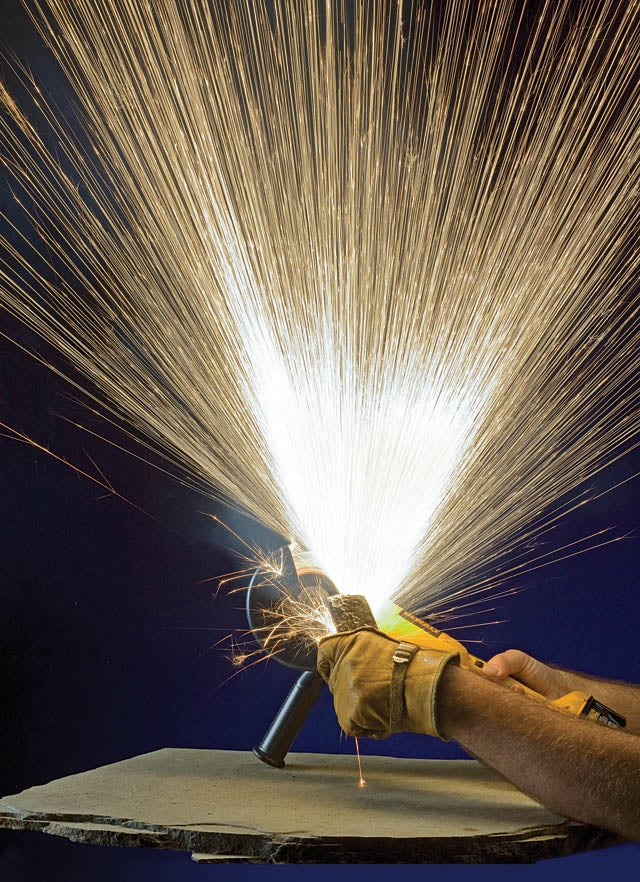 Metals can be classified by hardness, malleability and conductivity. One quality you won’t find listed in the reference books is sparkiness.

A delicate balance between flammability and hardness determines which metals spark. For example, magnesium is a famously flammable metal, but grinding it produces no sparks because the energy needed to cut chips from the soft metal is not enough to heat them to their ignition point.

Although iron is much less flammable, it’s so hard that separating chips of it heats them to the point that they catch fire and burn brightly as they fly off. The true champions of sparkiness, however, are the lanthanides—the elements from lanthanum (57) to lutetium (71). They are even more flammable than magnesium yet also hard enough to generate large amounts of heat when they are ground.

Lighter “flints” aren’t made of flint but rather a mix of lanthanides, with iron added to tame the excessive sparkiness of the other elements. Lose the iron, and you have the pinnacle of sparkiness: Mischmetal (German for “mixed metal”) contains lanthanum and cerium, with smaller amounts of other lanthanides. Blocks of it are often used in movie special effects. For example, a scene in which a car blows a tire and drags on its rims needs a stream of sparks coming off the wheel, so a block of mischmetal is strapped on for spectacular effect.

Ironically, modern aluminum wheels are nonsparking, so the only place this still happens at all is Hollywood. 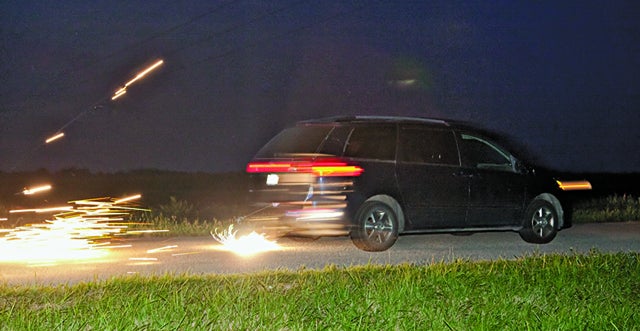 The author tows a block of mischmetal along the road, turning his minivan into a fire-shooting menace.
Projects