A designer chooses an unlikely material as the basis for his newest audio project: slime 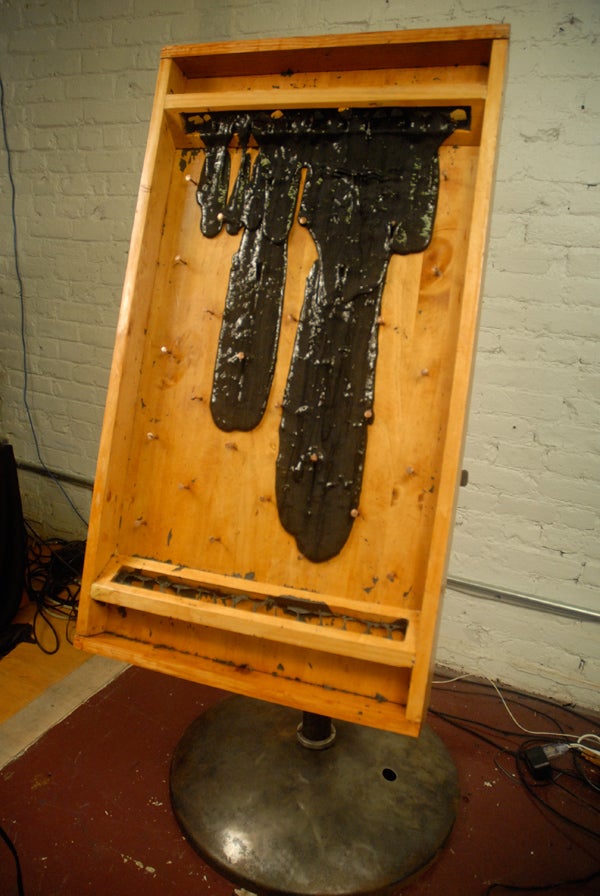 That’s not a carnivorous blob escaped from a B-movie—it’s a musical instrument called the Slime-O-Tron II. When Brooklyn engineer Eric Singer isn’t building elegant, music-playing robots, he designs unconventional audio controllers that send digital signals, known as MIDI data, to music software, turning them into sounds. For his latest such invention (he built the original Slime-O-Tron last year), Singer cooked up some slime from a recipe he found online and infused it with graphite to make it conductive.

As the black goo oozes down the wooden platform, it contacts copper nails connected to a controller located underneath, which converts the electrical resistance into MIDI values that are then translated into various audio effects. Singer has nails patched to different computer-generated voices, which read or sing preprogrammed song lyrics, movie scripts and speeches. He calls the artistic effect of the amorphous slime creating a jumbled cacophony of voices “musical onomatopoeia.” It’s an instrument that, in a sense, sounds the way it looks. 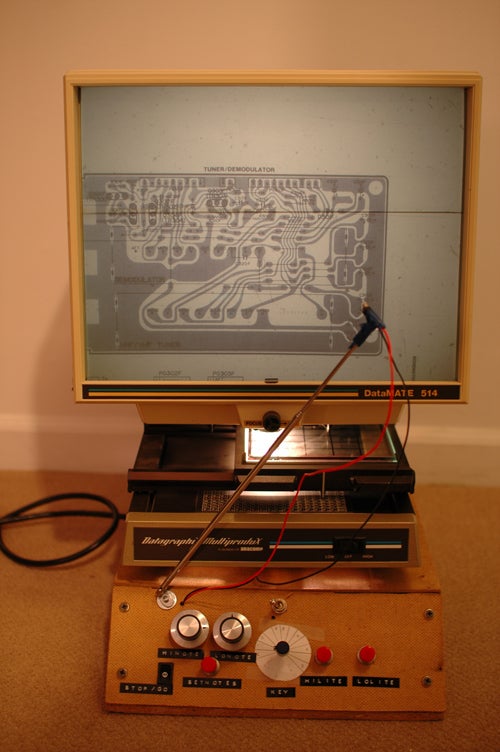 As this old microfiche reader scans an image of a newspaper, blueprint or other medium, light hits a photoreceptor. The greater the intensity of that light, the faster a circuit in the base charges. San Francisco computer programmer Andrew Turley used a microcontroller to measure that speed and convert it to a MIDI value that can be played through an attached Casio keyboard. Turley has added dials to change keys and control octave range, but in general, the darker the microfiche source area, the lower the pitch. Details at pillowsopher.com/blog.
Cost: $80
Time: 10 hours 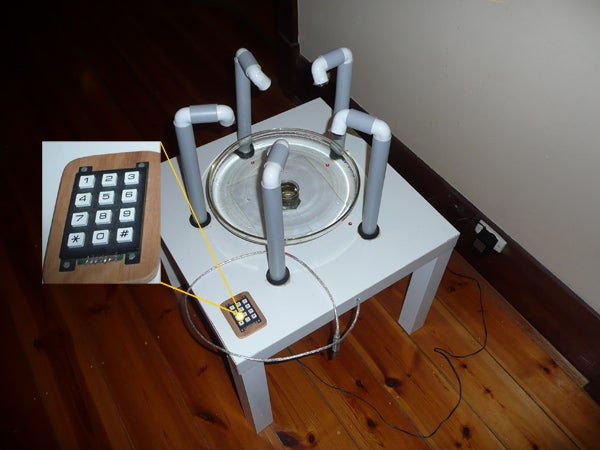 The keypad sets the range of pitches a connected synthesizer can play.

Australian musician Sebastian Tomczak’s invention allows him to control a synthesizer by displacing the contents of a bowl of water with his hands. Lasers beam through the water onto light-dependent resistors, which are mapped back to sounds on the synthesizer. The more agitated the water, the more harmonics the synthesizer adds. Details at little-scale.blogspot.com.
Cost: $180
Time: 2 days