You Should Read ‘Cumulus’ Right Now, Before It Happens For Real 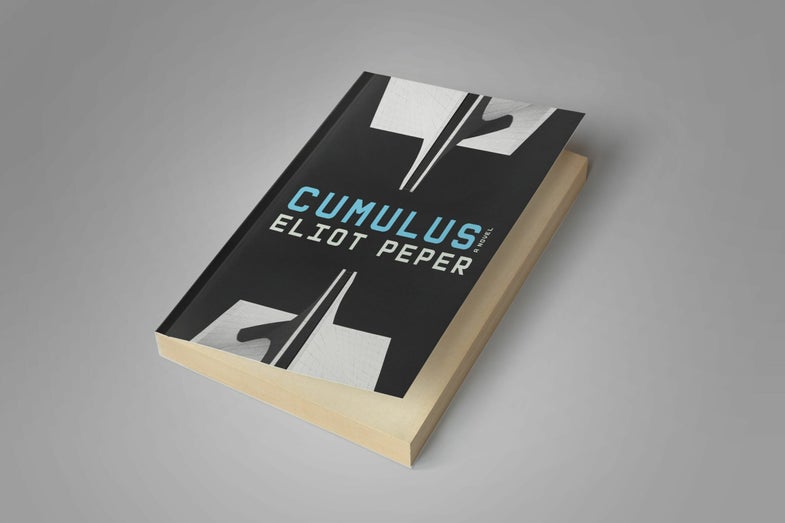 A few years ago, literary and tech lovers were tantalized by the announcement of The Circle, a satire novel by award-winning author Dave Eggers that promised to skewer Silicon Valley’s culture of arrogance by focusing on a fictional Google-like company (the titular “Circle”). The Circle was published in 2013 to mixed reviews, and though I found it an enjoyable if one-dimensional story at the time, I can’t say I’m eager to revisit it anytime soon (despite a feature film adaptation coming starring Emma Watson and John Boyega).

But the opposite is true of my feeling about Cumulus, a riveting new short sci-fi novel by Eliot Peper, a tech entrepreneur turned novelist, which also focuses on another fictional Google-like conglomerate and a secret plot to disrupt the disruptors.

Set in the very near future in San Francisco and Oakland, Cumulus imagines its eponymous tech company at the height of its powers, offering self-driving taxis on demand through its brand Fleet, and instantly backing up everyone’s data to the cloud through its Backend service. Meanwhile, the wealth gap has increased across the Bay Area and the United States at large, with rich techies segregating themselves in “Green Zones” guarded by private security contractors, while lower-income workers return from their app-powered freelance gigs to various urban Slums.

This arrangement is tenuous to say the least, and is quickly thrown into chaos by Graham Chandler, a former spy working for ruthlessly ambitious Cumulus CEO Huian Li — or is it the other way around? Cumulus is basically what would happen if James Bond went rogue and infiltrated Silicon Valley, to deliciously disastrous results.

The Circle was something of a slow burn, but the plot of Cumulus takes off like a Falcon 9 rocket, immediately propelling the reader into a world of sinister intrigue and deceit. The writing is crisp and straightforward. The story shifts character perspectives with every chapter, yet remains easy to follow. While the characters and world are eerily familiar, the novel never feels predictable or cliched.

Fans of the similarly near-future dystopic TV shows Mr. Robot or Black Mirror are especially encouraged to check it out. As is the case with those, Cumulus has some adult content, so parents of younger readers should probably read it for themselves first. But if you’re looking for a great summer read and are into vaguely plausible techno thrillers (so, the opposite of the The Net, basically), Cumulus comes highly recommended. You can buy it in paperback or ebook here, courtesy your favorite retail tech conglomerate.