They go up, down, and all around 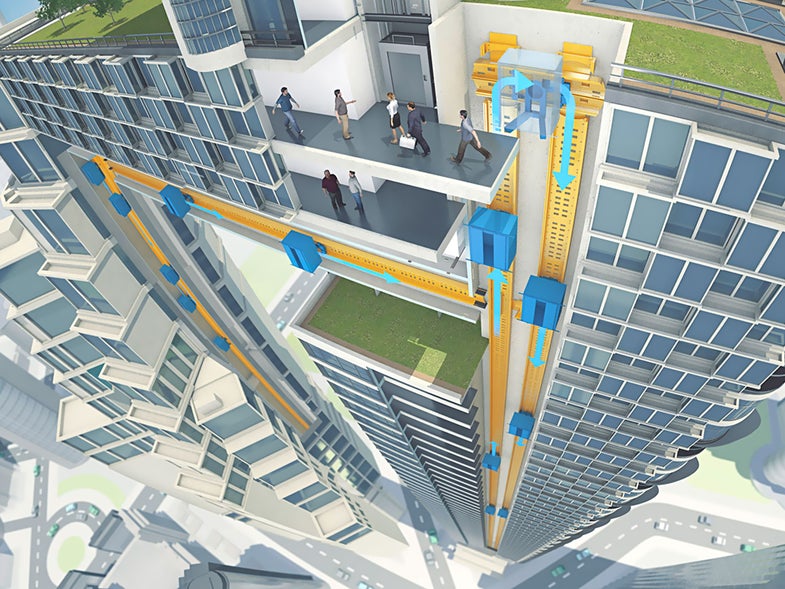 With the debut of passenger elevators some 150 years ago, cities were forever changed. Freed from the tyranny of stairwells, architects built as high as they liked. That is, until they ran into another barrier: the weight of steel cables. A new elevator design from German company ThyssenKrupp may solve that problem by trading cables for tracks that employ magnetic levitation, or maglev. Unconstrained by a linear pulley system, the cars–to be tested in Germany next year–will travel higher and in new directions, moving horizontally and even diagonally. The system, called Multi, may help make possible buildings of unprecedented size and energy efficiency, like this conceptual Edison Tower. Patrick Bass, CEO of ThyssenKrupp North America, says supertall, power-producing skyscrapers could help accommodate booming urbanization. 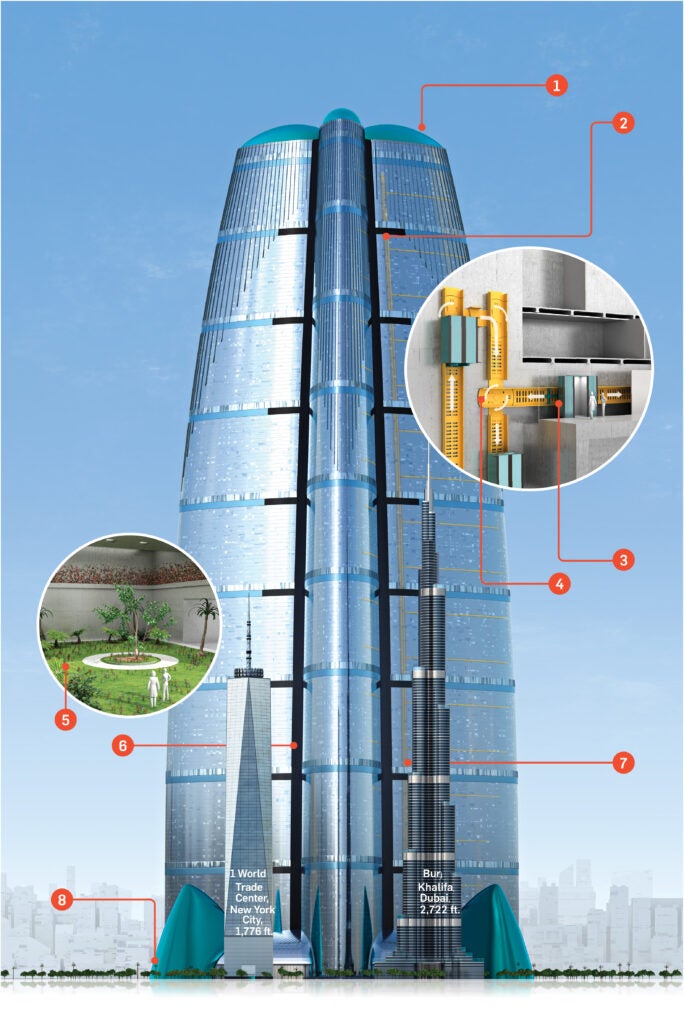 Elevators Of The Future

The Edison Tower, dreamed up by German developer Frank Jendrusch, will reach nearly 4,300 feet–about four-fifths of a mile. The idea is to create an all-in-one space with residences, offices, shopping, and recreation. Jendrusch aims to build the tower by 2030.

After about 2,000 feet, the cables in a standard elevator can’t support both the car and their own weight, so passengers must switch to a new one. Multi will run 4,200 feet, direct from ground floor to observation deck.

Maglev will enable Multi to “float” to its destination. Magnets in the car will repel opposing magnets along the track, causing the car to hover. A separate set of coils along the track will push and pull the car in its intended direction.

Multi is far more nimble than a pulley system. To change orientation, the section of rail carrying the elevator car will rotate, shifting the direction of the moving magnetic field.

All that additional space will allow for creative interior designs, like parks.

With its unique star shape, the core of the Edison Tower will act similarly to a solar updraft tower, using the flow of hot air to turn internal turbines. Along with photovoltaics, it’ll produce power for the building.

Up to 20 percent of any high-rise building is consumed by elevator space. ThyssenKrupp estimates that Multi could reduce the elevator footprint in future buildings by up to 50 percent.

The building will cover nearly one square mile.

This article was originally published in the May 2015 issue of Popular Science, under the title “An Elevator That Will Reshape Skylines.”