All the efficiency of cargo! 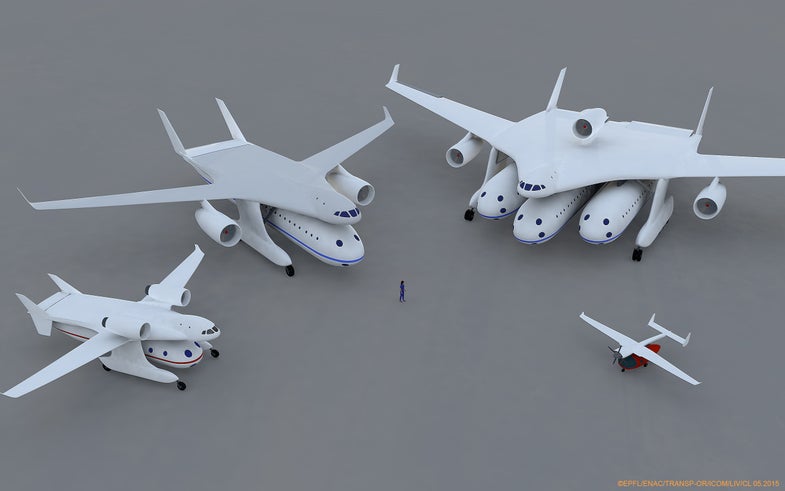 Airplanes, trains, and cargo ships may travel through different mediums, but they roughly do the same thing: encase precious cargo in a similar container, and then unload it at the destination. “Clip Air” is a concept from Switzerland’s Ecole Polytechnique Fédérale De Lausanne that wants planes, trains, and ships to carry people much the same way they carry shipping crates: in detachable, modular tubes, which can be put on rails, loaded on boats, or slung under wing.

The concept could make layovers easier, but it’s maybe not so great if you want to leave your metal tube to go stretch your legs.

Still, it’s a neat way to envision simplified transportation systems for people, goods, and raw materials. It also guesses at a world that feels like a toddler’s play set of interconnected blocky structures, which is delightful.

Read more about it at CNN.