The Combination Selfie Stick/Phone Case Of Your Dreams Is Here

We've peaked as a society 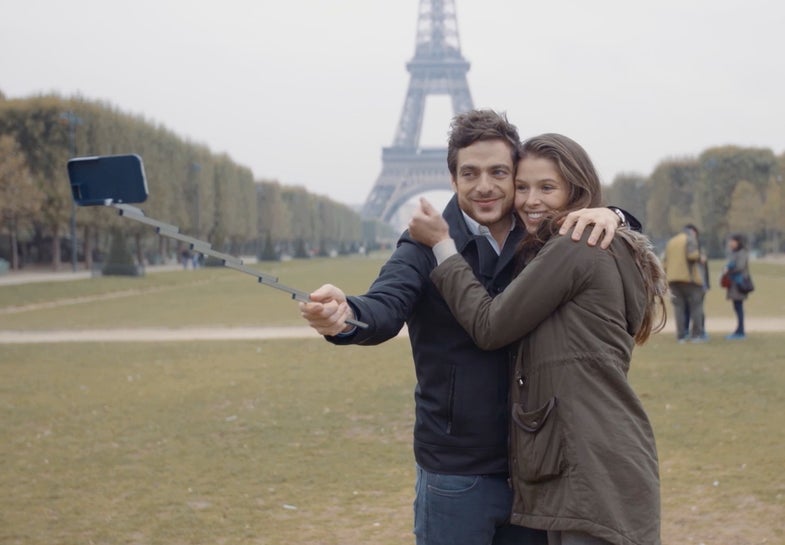 Do you want the convenience of a selfie stick without the hassle of attaching your phone to it? (Answer: Probably not.)

Selfie sticks are a cultural phenomenon along the lines of TV dinners, jeggings, and the Snuggie. But since all of those things have become mainstream, and since selfie sticks are becoming common to see, it stands to reason that we’d eventually be impressed by an innovation.

As phone accessories go, selfie sticks in America are sort of like fanny packs — potentially useful, but incredibly conspicuous. But this selfie stick, called Stikbox, has really made selfie stick users look less silly, by hiding it within something many people use: a phone case.

This simple design folds the selfie stick up into a barely-there segment of a pretty standard looking phone case. When you want to use the stick, it extends like a toy lightsaber, and still has a bit of directional flexibility despite the small package.

No one wants to write the words “Look at this cool new selfie stick.” And yet here we are.

Stickbox is currently raising funds on Kickstarter, where it will likely make billions as the thing every American must have in 2016.

In all seriousness this is a clever invention. So cool that apparently before it even hits the market, it’s being copied in China.

Anyway, when it does come out, we’ll be excited to see a way to make it less obvious you own a selfie stick.