Plus, it comes in red 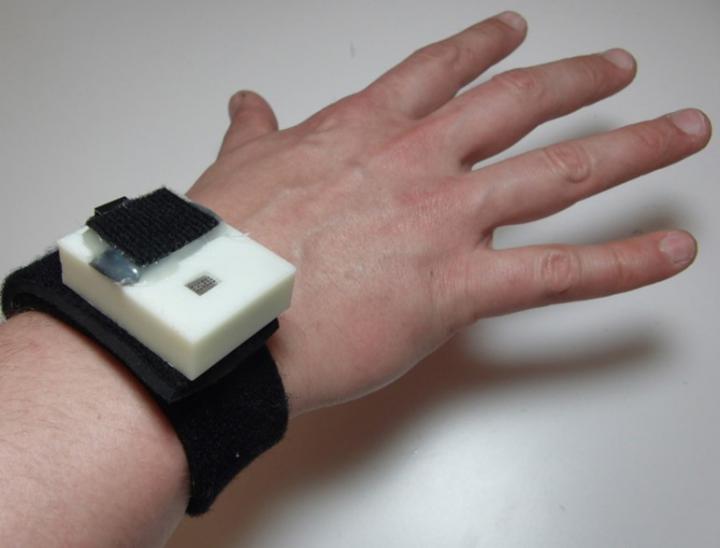 If you’re one of the 24 million Americans suffering from asthma, you probably want to know when an attack is coming. A group of scientists have developed a portable system that could help monitor that information.

Scientists at North Carolina State University are working on a new three-part mostly wearable system that could help asthma patients monitor their vital signs and their environment to help predict and prevent attacks. Preliminary results, published in the IEEE Journal of Biomedical and Health Informatics last week, suggest the device works. This summer the group will perform controlled experiments between patients with and without asthma to really put it to the test.

There are three parts of the HET, or Health and Environmental Tracker device. A wrist-worn sensor collects data on the environment, like ozone levels, temperature and volatile organic compounds that might come from fungi or molds; these can all make asthma attacks worse. The chest-worn sensor patch measures metabolic information, like heart rate, amount of oxygen in the blood, and number of breaths per minute. The wearer would also need to pocket a spirometer, which measures how much air the lungs can take in and out.

While this sounds complex for a wearable device (and a pocket sensor isn’t really a wearable), all three devices pair together and transmit information via Bluetooth to software on a computer or phone.

Asthmas sufferers have other devices to track their breathing: peak flow monitors, for example, work by blowing as hard as possible into a machine. However, the HET is the first time environmental and metabolic information have been combined in one place, and the additional functionality isn’t so intrusive — the wrist-worn monitor kind of looks like an Apple watch.

The current system is battery-powered, but the researchers are working toward a human body-powered one, Alper Bozkurt from NC State told Popular Science. Maybe future systems can serve even more functions, like monitoring diabetes or medication compliance. “Our long-term goal is to provide a [self-powered] system for wellness detection,” says Bozkurt, who was the principle investigator for the study and was one of Popular Science‘s Brilliant 10 winners last year.

If this summer’s testing goes well, Bozkurt hopes the system will be ready in the next four to five years, and that the final self-powered product will cost about $50.