An attempt to stand up to the Oculus Rift and Vive 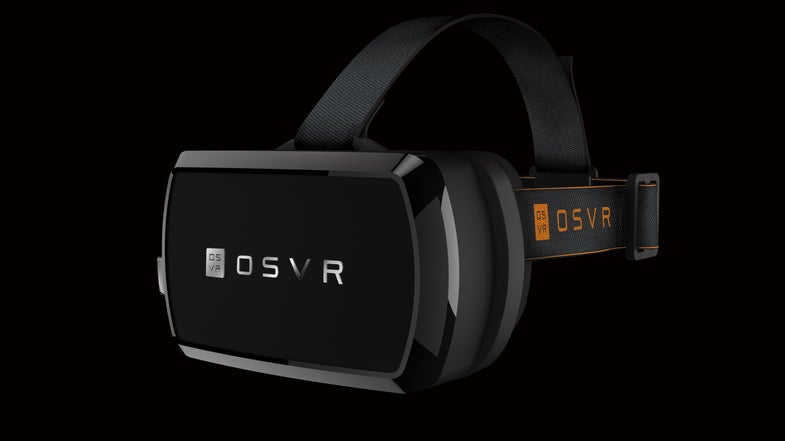 The most common complaint about virtual reality is that quality experiences are too expensive—the HTC Vive and Oculus Rift cost $799 and $599 respectively, on top of costly computers.

To stoke the competition, Razer is announcing today a virtual reality headset they claim rivals the Oculus and Vive in terms of image quality, but is priced at only $399. The headset is called the Hackers Development Kit 2, and is meant to be half consumer headset and half open-source development kit. It’s being released under Razer’s OSVR (Open Source Virtual Reality) branding.

The HDK 2 is a 90 Hz headset with a resolution of 2160×1200, on par with the Rift and Vive. It uses an included infrared camera to track the user’s head, and its optics can be adjusted to account for poor eyesight, meaning those who wear glasses wouldn’t need to wear them with the headset. Players and developers will still need a sufficiently powerful computer.

However, the headset might not be ready for consumers just yet. In advance of this announcement, Popular Science was slated to review an HDK 2. That unit was ultimately not sent because the software wasn’t ready.

In addition to announcing the headset, Razer announced a $5 million dollar fund to promote VR content. Developers can apply for the fund, and will be compensated in an ensured minimum purchase of software keys by Razer, according to a Razer representative.

The HDK 2 is set to be released in July 2016, but with its competitors’ rocky launches, and software bugs not yet squashed, whether that will happen on schedule remains to be seen.