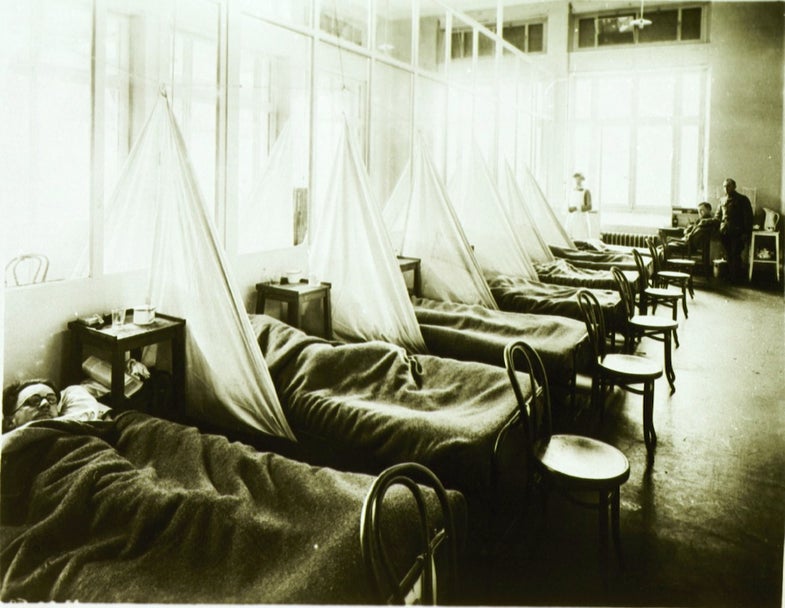 As the flu spread across the U.S. last winter—earlier and more seriously than usual—several computer models were watching. There was Google Flu Trends, which famously went awry that season. And there was a nameless model, built by researchers at several U.S. universities, designed not only to track how many people have the flu, but also to forecast when flu instances will peak in individual cities across the U.S.

By the last week of December, the model was able to guess cities’ peak week 63 percent of the time, the researchers wrote in a paper published today in the journal Nature Communications. Of course, the U.S. Centers for Disease Control and Prevention, as well as Google Flu Trends, keep close tabs on how many people have the flu in the U.S. at any given time. And researchers have long known that in temperate regions, there’s a flu season that peaks somewhere between December and April. But this is the first time scientists have predicted when the flu will peak as the season progressed.

In some cases, the model worked up to nine weeks in advance, which is long enough for cities to stockpile flu medicines or launch a it’s-coming-get-vaccinated campaign. The model’s data didn’t go to any policymakers last year, but its creators say they hope their work will eventually help officials reduce the number of Americans who get the flu every year. Even a prediction just a few weeks in advance could trigger cities to tell their residents to wash their hands more frequently.

Although most healthy, young people weather the flu just fine, it can be serious or fatal to babies, elderly people and people with weakened immune systems. Depending on the year, anywhere from 3,000 to 49,000 Americans die from flu infections annually.

The new predictor combines numbers from the Centers for Disease Control and Prevention, Google Flu Trends, and a basic flu model the researchers created. It predicted flu peaks for 108 American cities, some with greater accuracy than others. (The predictor fares better with cities that have smaller populations, higher density and smaller areas.) The forecaster has been in the works for a while. Its creators tested a previous version of it on data on flu in New York City.