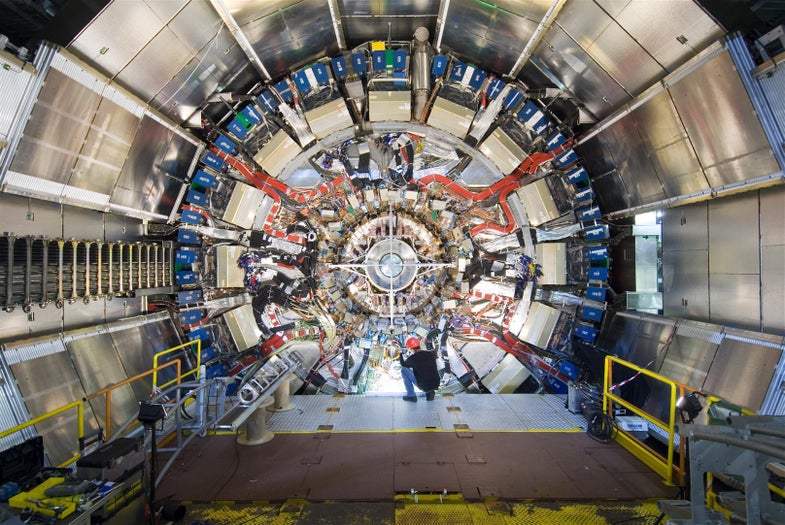 What is it with small mammals and electrical lines? Not even the world’s largest and most powerful particle accelerator, the Large Hadron Collider, is immune from their meddling. The multi-billion dollar scientific instrument that located the elusive Higgs Boson particle back in 2012 has suffered widespread electrical problems in recent days, thought to be caused by a (now-deceased) small mammal gnawing on a transformer line, according to NPR and New Scientist.

Although a spokesperson for the LHC’s managing organization CERN (The European Organization for Nuclear Research) told NPR that the animal was “a weasel, probably,” a photo of the animal posted on Imgur by someone purportedly on the LHC grounds is inconclusive, and a related Reddit thread speculates the animal could have, in fact, been a marten that was mislabeled a weasel (and this is me speculating: perhaps due to translation issues).

Either way, it will likely take at least several days for the problem to be fixed, and the accelerator isn’t likely to resume experiments until May. As for the poor creature: RIP. Here’s hoping that it wasn’t actually a time traveler sent back from an apocalyptic future where talking animals rule a ruined earth, who was intending to sabotage the LHC to prevent said apocalypse.