Beam Is A Projector Disguised As A Lamp

How many engineers does it take to screw in a projector? 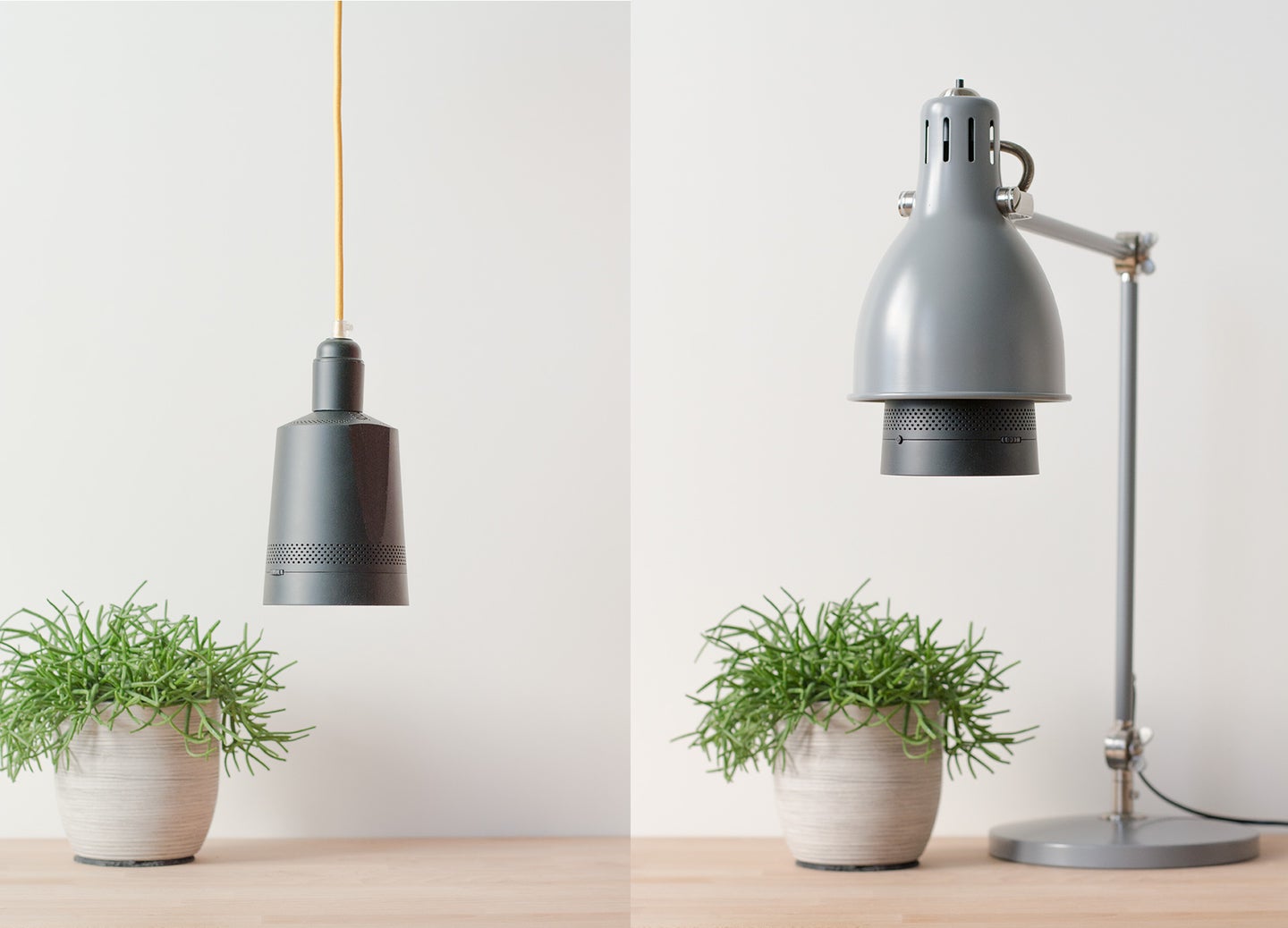 Here’s a wacky idea: a projector that you screw into a light socket. That’s the impetus behind Beam, a project currently in the funding phase of Kickstarter, which you can use to project the screen from your iOS or Android device onto any flat surface–whether it be vertical, like a wall, or horizontal, like a table.

Beam’s creators envision a number of uses, including projecting games onto a table and videos onto a wall. (Presumably you could use it to project stuff onto your ceiling, too.) That said, Beam’s not about to replace your TVs or monitors. For one thing, its resolution is a paltry 854 x 480 pixels–a far cry from high-definition. For another, at 100 lumens, it isn’t particularly bright. (Many pocket projectors feature somewhere between 200 and 500 lumens; larger models easily surpass 1000.) It does, however, contain an LED light, so you can always have it double as a lamp. It gets all its juice from the light socket.

What Beam lacks in power, though, it makes up for in smarts. Though built around a projector, Beam is actually a fully functional Android computer in its own right, with a 1.3GHz dual core processor, 8GB of storage, Wi-Fi, and Bluetooth. As such, it runs its own software–any app available on the Google Play Store, according to the developers–besides also being controllable from an iOS or Android app.

Perhaps its most interesting feature “if this, then that” support. You can create a variety of rules that trigger an action based on certain conditions. For example, Beam can wake you up every morning at 8:00 a.m. with the weather report. Or you can set it to launch your favorite apps or play a video message when you get home from work. (It’s unclear exactly how Beam determines when you’re home, but our best guess is via Bluetooth pairing with your smartphone.)

If they get their funding, the Beam team is targeting an October 2015 release. We’ll have to trust that they won’t, well, screw it up.