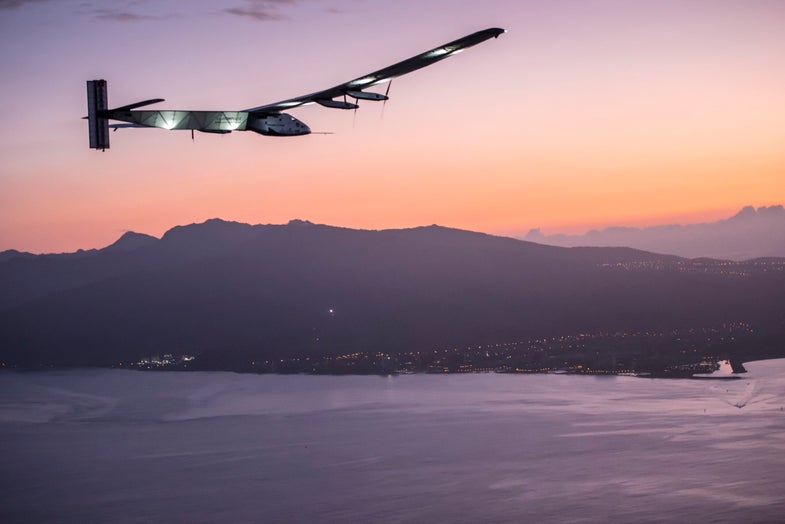 Solar Impulse 2, a plane powered entirely by the sun, recently broke records when it landed in Hawaii on July 3, completing a stunning five day flight over the Pacific Ocean from Japan. But it looks like the plane is going to have to wait before it continues on it’s next record-breaking mission, to circumnavigate the globe.

In preparing for the next leg of the trip, from Hawaii to Phoenix, Arizona, the team discovered that parts of the plane’s huge batteries had suffered “irreversible” damage. The batteries store solar energy, and keep the plane aloft at night. The first sign of trouble came on the first day of the trans-pacific crossing, when the ground team noticed that the batteries were overheating. The problem was extra insulation around the battery compartment, which kept heat in. With nowhere to stop for repairs over the ocean, they had to keep an eye on the problem until the plane landed.

The team won’t be able to fly until at least August, as they wait for repairs and replacement parts. The hope is to get underway sooner rather than later. The days in the Northern Hemisphere are getting shorter, and for a solar-powered plane, that means they only have a small window to make it back to their starting point in Abu Dhabi, before the days get too short to generate the amount of power needed to keep the plane flying both during the day and overnight.

The plane has already endured weeks of delays due to bad weather and technical difficulties.