Killing from beyond the grave 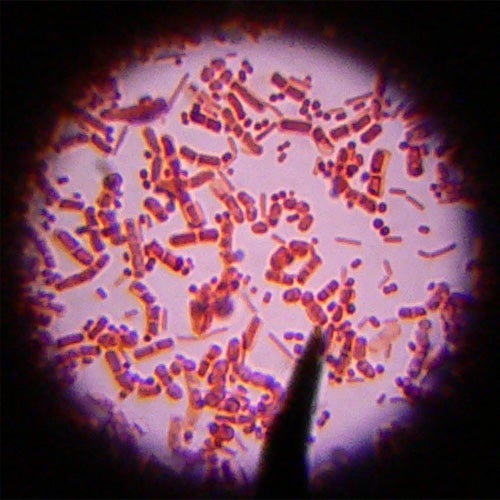 Chemists in Israel have discovered the walking dead of the microbial world. It turns out that bacteria slayed by silver can kill nearby living pathogens even after they’re dead as a doornail.

Silver has been used as an antimicrobial agent for centuries. Bacteria absorb the silver particles, which is toxic to the cells. Unlike antibiotics, bacteria cannot develop a resistance to silver.

In the experiment, researchers exposed Pseudomonas aeruginosa to silver nitrate. David Anvir from the Hebrew University of Jerusalem says he and his colleagues observed the dead bacteria acting like sponges, soaking up silver. The dead bacteria were then introduced to a solution of living P. aeruginosa, and the zombies released their silver to achieve equilibrium, unleashing a microbial massacre. “It worked even better than our expectations,” Anvir says. “It’s a new, previously unrecognized mechanism of how an antibacterial agent kills.”

Some killjoys–err, researchers–have said that “zombies” is technically a misnomer. Peter Chivers from the University of Durham tells Chemistry World that calling the bacteria “zombies” implies reanimation, though the microorganisms are conclusively dead. I wouldn’t be too sure though–dead bacteria that can kill other microbes sound a lot like zombies to us.