The liver has to enable a “large mammal” to live “a normal lifestyle” for at least three months. 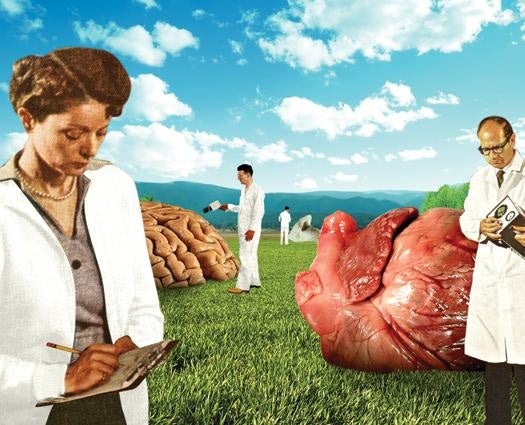 How much is a liver worth? For someone on a waiting list for a transplant, that might be hard to tally. But one nonprofit is now saying it’s willing to pay a specific price for a bioengineered one: $1 million.

The Methuselah Foundation is offering the prize money to the first research group to make a liver that is able to go into a “large mammal, enabling the host to recover in the absence of native liver function and survive three months with a normal lifestyle,” according to the prize’s website. The winner has to complete this feat by December 31, 2018.

The liver award, officially called the New Organ Liver Prize, is meant to draw attention to a field of science Methuselah Foundation officials think is understudied, David Gobel, the foundation’s CEO, said in a statement. Methuselah Foundation officials have been working on their New Organ Prize for some time, with announcements in 2010 and again earlier this month. The prize site talks about the long waiting list for donated organs. If man-made organs were available, nobody would have to wait, or die waiting.

The foundation, a charity based in Virginia, looks for donors and hosts prizes related to anti-aging research. A decade ago, it garnered some attention around its founding by computer scientist Aubrey de Grey, who had some provocative, but untested, ideas about longevity. Since then, the organization has awarded money to different scientists for research done in mice—essentially, for finding things that make mice live longer, with the idea that these are clues to what might make people live longer in the future.