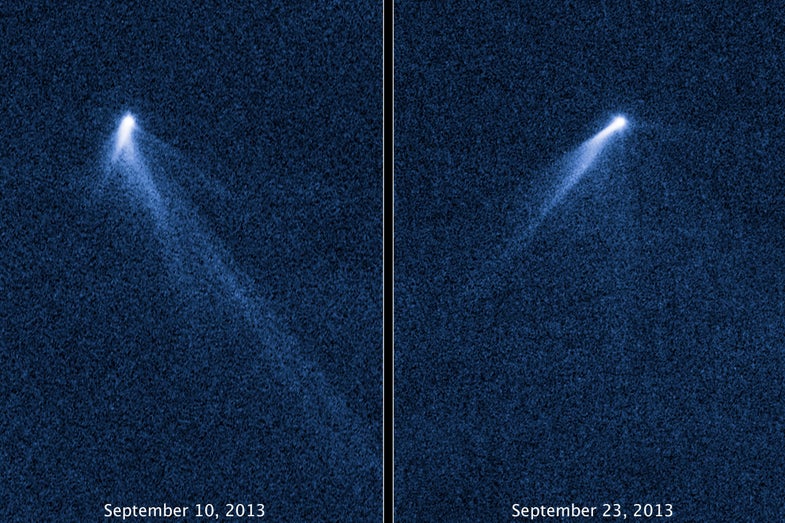 Weird things are afoot in the asteroid belt, located between the orbits of Mars and Jupiter. A newly identified asteroid called P/2013 P5 is posing as a comet, with not one but six dust tails trailing behind it.

Astronomers who spotted the strange, fuzzy-looking rock hurtling through space, first with the Pan-STARRS telescope in Hawaii and later with NASA’s Hubble Space Telescope, are calling it a “weird and freakish object”—and that’s only the language they’re willing to put in their press release.

“We were literally dumbfounded when we saw it,” said UCLA’s David Jewitt, the lead scientist on the research paper published today in Astrophysical Journal Letters. “It’s hard to believe we’re looking at an asteroid.” Comets have tails because as they approach the sun, the dirty ice they’re made of begins to heat up and form a dusty cloud around the nucleus, which solar radiation pushes off into a tail. But this asteroid is made up of rock, and it’s pretty unlikely that it could contain any ice to boil off in a comet-like tail. 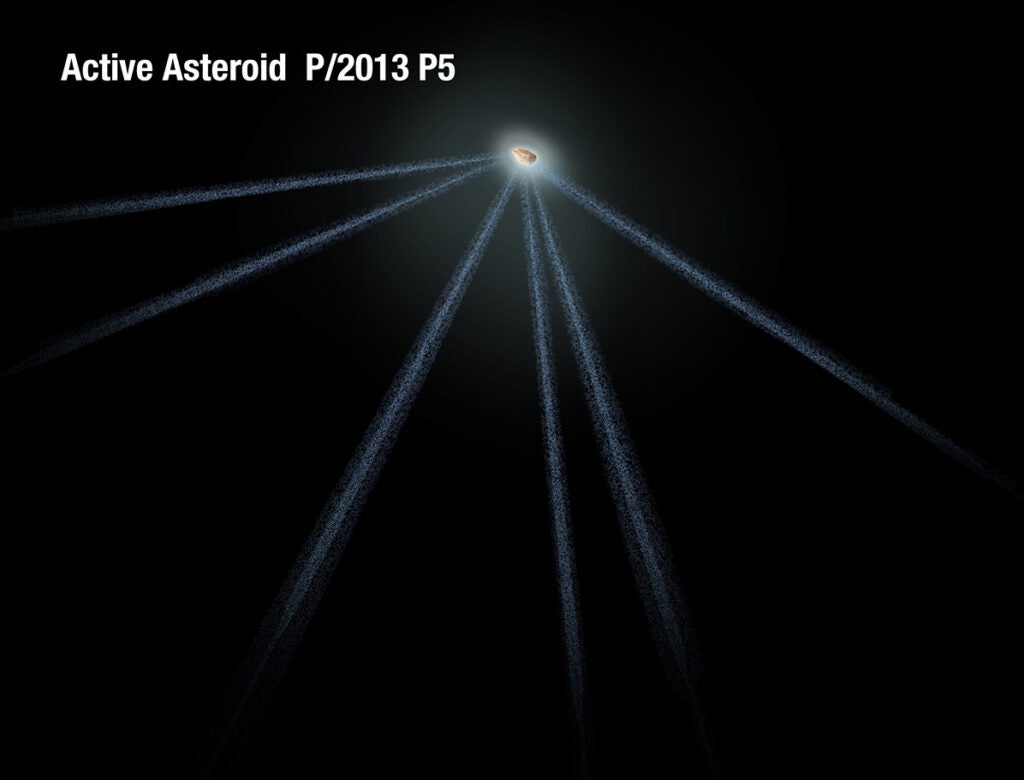 Not only does this asteroid have a tail, but it keeps changing. Between Hubble’s first look at the asteroid on Sept. 10 and when astronomers saw it again on Sept. 23, the object looked completely different, with an entirely new tail structure. Jewitt and his team hypothesize that the asteroid is losing mass because it’s spinning so fast its gravity cannot hold it together anymore, and its surface has begun breaking apart and flying off in those dust streams. It’s been ejecting dust for months, possibly up to 1,000 tons of it.

Jewitt suggests we could have caught our first glimpse of the main way small asteroids like this die. “In astronomy, where you find one, you eventually find a whole bunch more,” he said. “This is just an amazing object to us, and almost certainly the first of many more to come.”