This Fake Robot Frog Is Key For Field Research

Just add in a speaker and a uh, condom, and you're good to do some science When a male túngara frog wants to mate, it announces its desire by inflating a vocal sac beneath its chin while making whines and chucks. Biologists Michael Ryan and Ryan Taylor (from the University of Texas at Austin and Salisbury University, respectively) wanted to change the order and timing of those calls to study mating behavior, but there was no way they could train a túngara to perform dependably on cue. So they special-ordered an exceptionally sexy robotic male frog.

Túngara frogs are so small—about 1.5 inches—that some key robotic parts had to be placed outside the body, including the speaker needed to produce its low tones and the pneumatic pump that inflates its vocal sac with air. The frog’s builders, University of Wisconsin–La Crosse biologist Barrett Klein and Joey Stein of the design studio Moey, improved upon other fakes by replacing a fragile condom-based sac with a thicker balloon catheter. And the sac is pumped via remote control rather than by hand, so the researchers’ proximity doesn’t kill the mood. This summer, Taylor took some of the robots to Panama to test mating calls in the wild. The real female frogs were quite impressed. 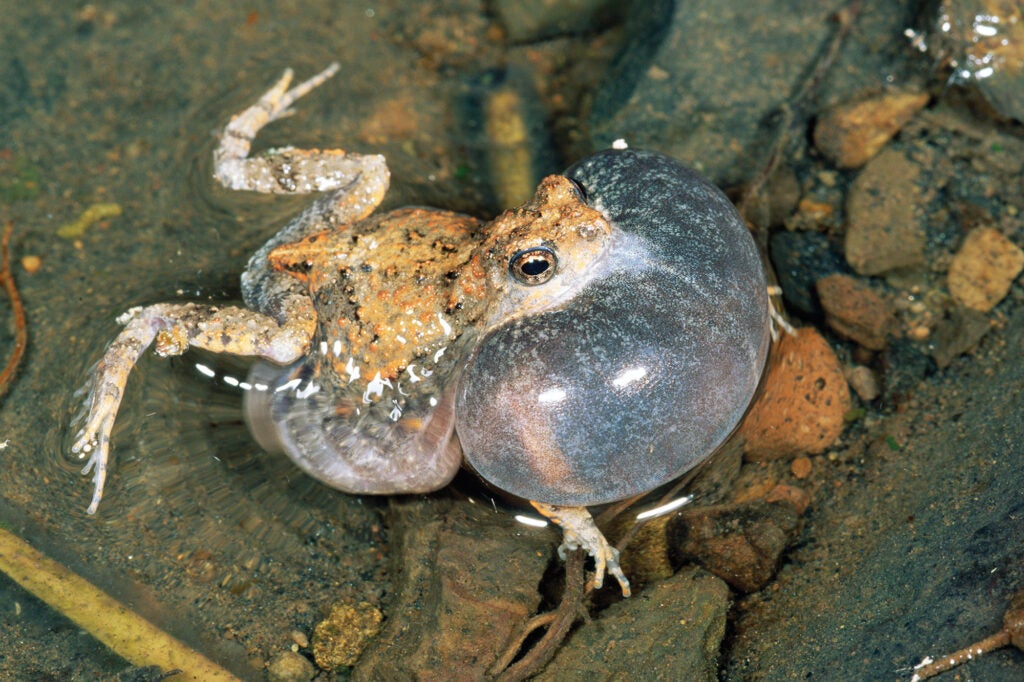 Túngaras, fake and real, are a little longer than an inch.