Probability that winter is coming? 100 percent. 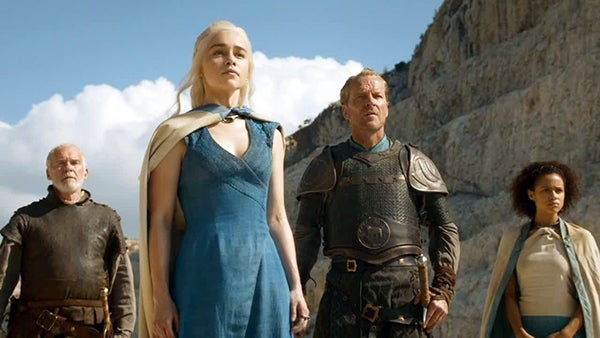 Desperate for details as you wait for the next installment in Game of Thrones? You’re in luck. In what may be the first mathematics paper to include a spoiler alert, a New Zealand statistician has come up with a model to predict what’s coming up in the final two (or three) Song Of Ice And Fire novels.

George R.R. Martin’s hugely popular series is broken up into chapters told from the perspective of different characters. Richard Vale, a statistician at the University of Canterbury in Christchurch, used a method called Bayesian prediction to figure out how many chapters each character is likely to get in the next two books in the series—and how likely they are to die. 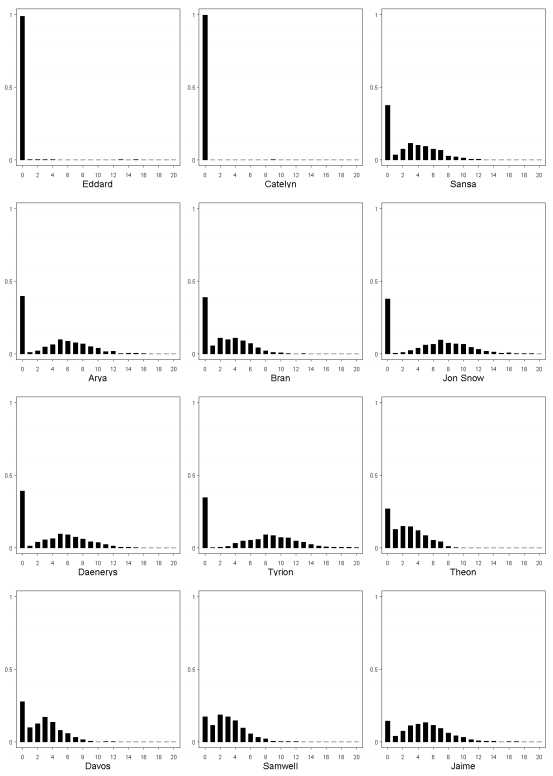 Bayesian prediction uses knowledge about the past to predict the future. For example, if a boy king started headlining more and more chapters in each novel, you might reasonably expect him to dominate even more in the coming books. If a towering knight had many chapters in the first three books, but her presence petered off in the fourth and fifth, you would not expect her to show up quite as much in the future. And of course, if a character died (or might die in a future novel), his or her odds of returning are quite low. This same method of making mathematical guesses helps your Roomba navigate your living room, and helps cognitive scientists understand human choice.

Vale says likelihood of a character getting at least one chapter in the coming books roughly represents the likelihood that the character is still alive (for now). Of course, the model doesn’t account for Martin’s ruthlessness. Eddard Stark had lots of chapters in the first book, but readers and viewers know how that turned out…

The model is has other imperfections. Most importantly, it doesn’t take the plot of past books into account, only their chapter heads. It also doesn’t consider that chapter count is a bit of a zero-sum game. That is, that if one character shows up often the others might get crowded out. It also ignores the likelihood that new characters will be introduced.

Still, we’re glad that we can reasonably expect to read more of Jon Snow and Daenerys, and less of Sir Davos. (Davos is a good guy, but let’s face it, his undying loyalty is annoying.)

Will Vale follow up with more predictions for the coming books? “We could continue to make predictions in the hope of getting one right,” he wrote, “but there is no merit in this. We hope that it will be possible to review the model’s performance following the publication of [book] six.”