The fish's jaw is similar to that of a bulldog. 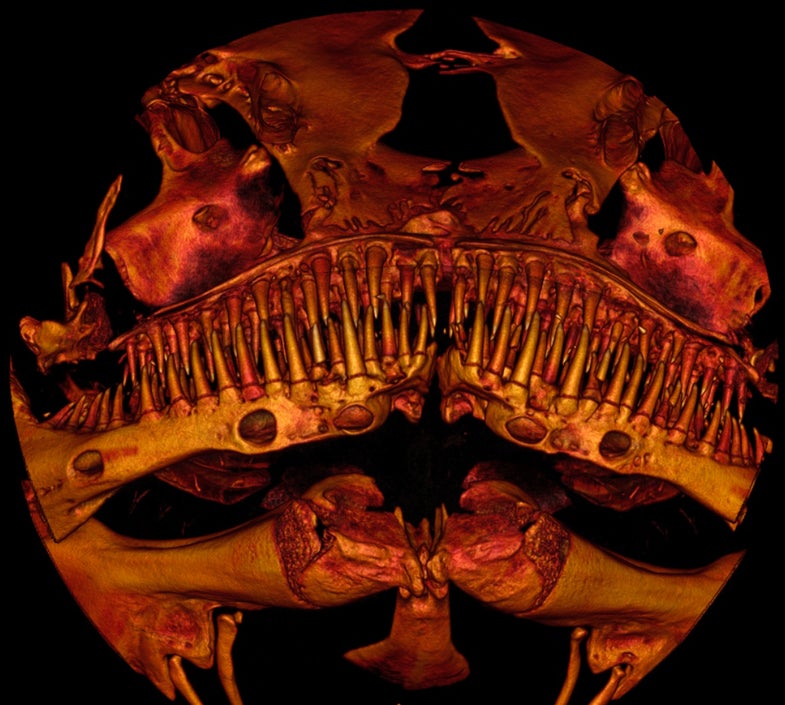 A newfound catfish from India doesn’t look so remarkable from the outside, besides its prominent whiskers. Its size–slightly smaller than an average human pinkie finger–is unexceptional. And it is rarely seen, known to live in water deep underground, although it occasionally turns up in rice paddies and drinking wells.

But when researchers took a CAT scan of Kryptoglanis shajii specimens, they were shocked by its odd bones. Perhaps most unusual is its teeth and jaw skeleton. It boasts four rows of sharp conical teeth, and a lower jaw that juts out–sort of like a bulldog. It also lacks certain bones, which are replaced by cartilage. The skeleton is “completely unique among catfishes and all fishes as far as I know,” said study co-author John Lundberg, emeritus curator of Ichthyology at the Academy of Natural Sciences of Drexel University, in a statement.

Why is the jaw so oddly shaped? Lundberg said it may be modified to eat certain animals like invertebrates, but they aren’t sure. “In dogs that [jutting-out jaw] was the result of selective breeding,” he noted. “In Kryptoglanis, we don’t know yet what in their natural evolution would have led to this modified shape.”

So many questions. For example: Why does Kryptoglanis smile so much? Is it eager to eat insect larvae, or does it derive sinister fascination from how much its taxonomy puzzles scientists? (This is not a question the scientists are asking.) Is it just me, or does it look like the little brute is smiling?

Researchers from Drexel and elsewhere are now trying to find out how it is related to other known catfishes, but so far that are stumped.

The study, charmingly titled “A tomographic osteology of the taxonomically puzzling catfish Kryptoglanis shajii,” was published recently in the journal Proceedings of the Academy of Natural Sciences of Philadelphia. 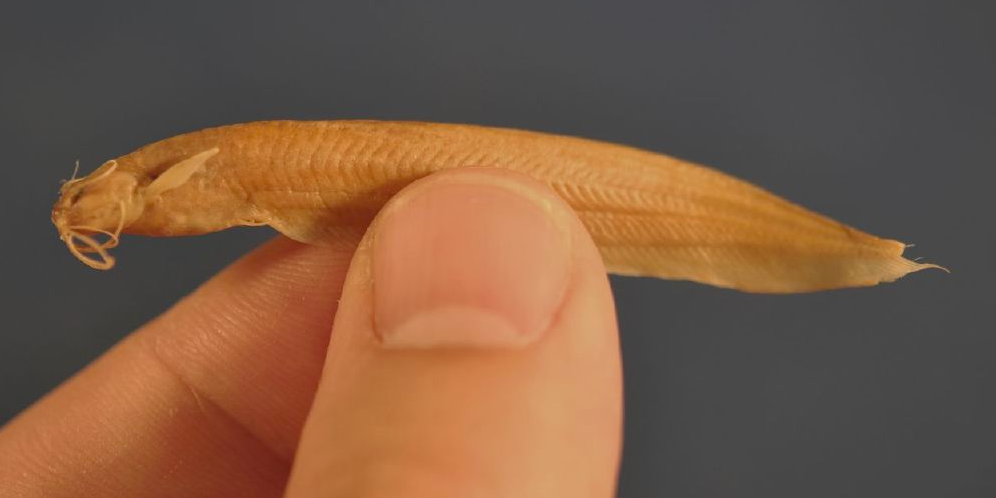 Kryptoglanis shajii is slightly smaller than a human pinkie finger.

The creature was uncovered in the Western Ghats, a biodiversity hotspot in western India that recently turned up a new species of “dancing” frogs.

Here’s a video that show the skeleton more clearly.