An up-front way of dealing with people's chemical fears 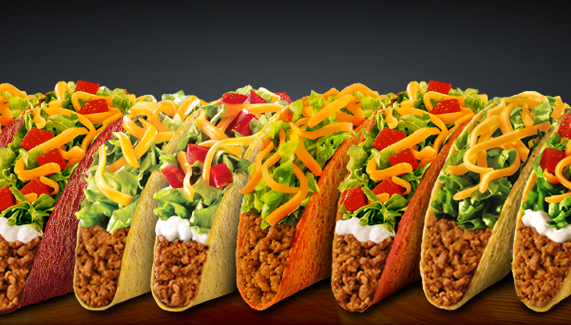 Tacobell.com has one particularly interesting page (you know, besides its popular new video ad). It’s one big, purple page that serves as a short intro into industrial food science. On it, the fast food company briefly explains some of its “unpronounceable” ingredients.

Cellulose is found in plant cell walls and helps bind together water and oil, the page explains. Sodium phosphates improve the texture of Taco Bell’s ground beef. This page can’t say whether these are things you want to eat all the time.

Still, it’s actually pretty cool to learn what some of these ingredients do, especially because, as Taco Bell points out, they appear frequently in grocery-store items such as packaged bread and lunch meat. I’ve seen many of these words myself, over and over, and I never knew what they were.

In a way, the page is a counterpoint to the idea of avoiding “unpronounceable ingredients.” In recent years, healthy-eating advocates have campaigned for people to avoid eating foods whose ingredients lists include so-called “unpronounceable” words—in other words, proper chemical names.

It’s a great idea to reduce the number of packaged and restaurant foods you eat. And an ingredients list with many proper chemical names in it is a good sign you’re running into these foods, which are often high in the tasty, bad stuff—sugars, sodium and other things that are overrepresented in the American diet—and low in the healthful stuff, like fiber, vitamins and phytochemicals. Yet the sentiment against “unpronounceable ingredients” is harmful. It’s anti-chemistry. It makes chemical names seem monstrous and impossible to understand. It also lumps together a number of ingredients that have different effects on human health and have been studied to different degrees. It’s a well-intentioned health message that relies on fearing science.

Again, that’s not to say people should eat fast food or packaged food frequently. Packaged snack companies engineer their products, in part using ingredients like these, to be impossible to resist. That leads to you (and me) binging on stuff that should be infrequent treats. It’s just that the ingredients in them are not scary poison that the average person will never understand. Most are fine in small amounts, or when consumed in infrequent treats. Some, like cellulose, are probably okay even in large amounts. (That doesn’t sound very tasty, though.) You can understand them and learn to recognize them. Maybe understanding makes you more likely to avoid some of them, while feeling a little more relaxed about others.