These amoebae eat human cells while they are still alive, and then move on. Terrifying. 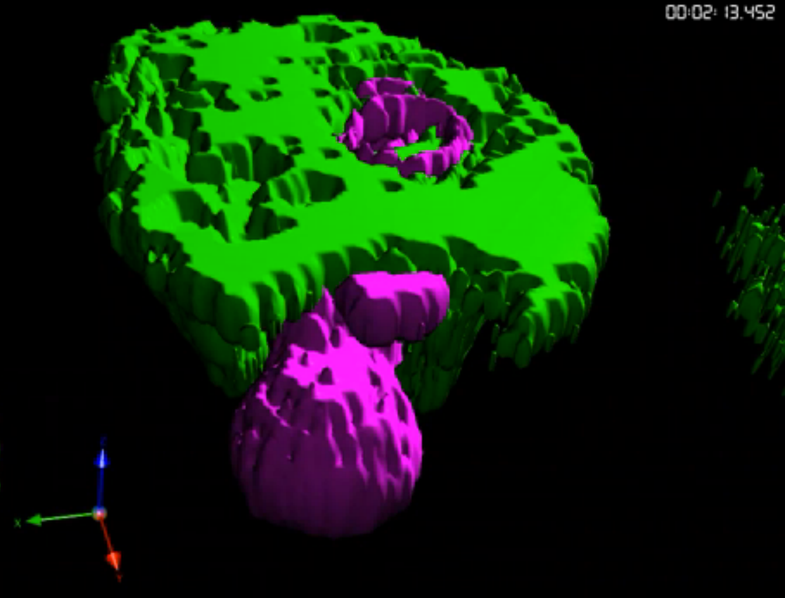 It used to be thought that the parasite Entamoeba histolytica killed human cells with toxins and only ate them once they were dead–and that during its meals, it would eat cells by engulfing them whole, like other amoebas. But a new study shows that these parasites instead chomp on human cells while they are still alive, taking little bites until the cells die and then moving on. If people were completely rational, we would fear E. histolytica much more than something like sharks, since these tiny amoebae kill as many as 100,000 people every year (and sharks only kill about five to ten people worldwide annually).

“This process of nibbling of cells went unrecognized by everyone in this field, including me, for over a hundred years,” study co-author and infectious disease specialist William Petri of the University of Virginia in Charlottesville told Science. The finding completely changes how scientists think of the parasites, and may lead to new treatments for pathogen, which lives in the gut and infects about 50 million around the world. In certain circumstances they can trigger amoebiasis, a potentially fatal diarrhoeal disease.

This habit of chewing bits of live cells in this way and moving on is remarkably strange, and basically unprecedented. “The ingestion of live cell material and the rejection of corpses illuminate a stark contrast to the established model of dead cell clearance in multicellular organisms,” the authors wrote in the study, published this week in Nature.

The scientists discovered the nibbling after introducing fluorescent material into amoebas and human cells, and observing them in a petri dish in the lab. “It was remarkable to see the amoebae were taking bites,” said microbiologist Katherine Ralston of the University of Virginia. The biting “resembled trogocytosis, a process in which immune cells extract bits of other immune cells, but was unique in that it occurred between a parasite and its host and ultimately caused cell death,” Science noted.