Important things from 25 years ago in Popular Science 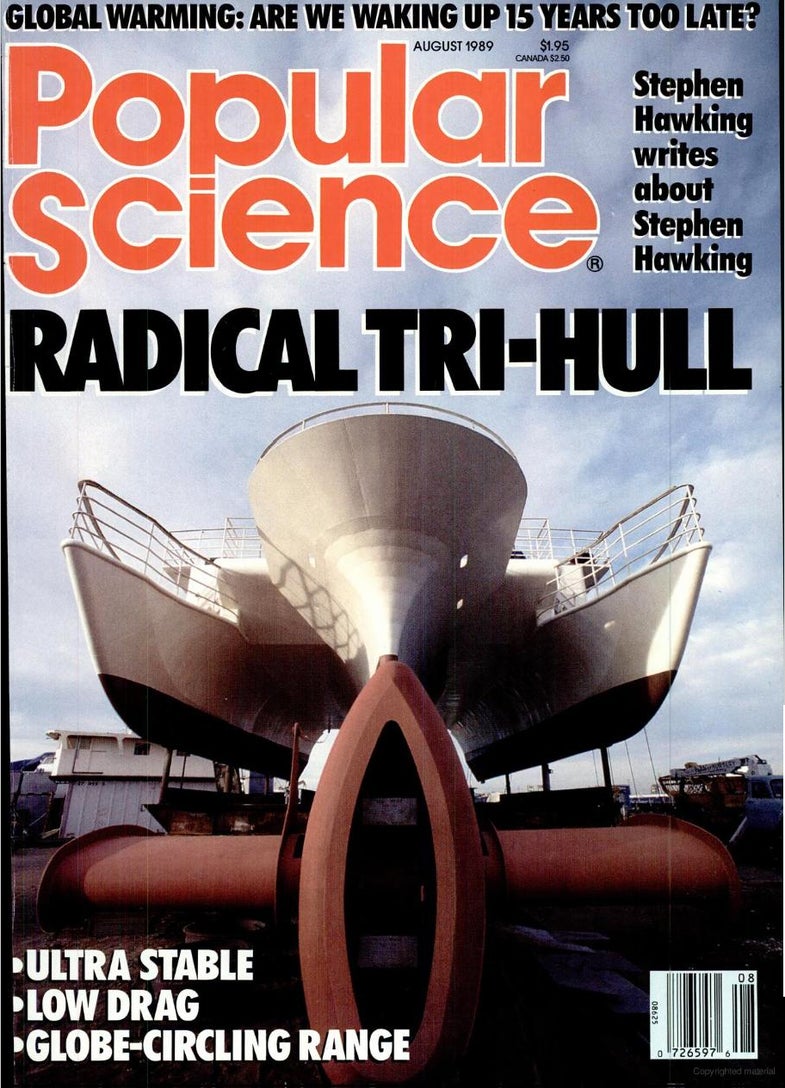 As a magazine with 142 years of history, Popular Science sits on a treasure trove of vintage illustrations, perceptive predictions, obsolete technologies, essays by Nobel prize-winning scientists, and some seriously awkward advertisements. That’s why we’re using Throwback Thursdays as an excuse to dust off those back issues and share their stories with you, Dear Readers. Every Thursday we’ll bring you highlights from 25, 50, 75, or 100 years ago.

This week we time travel back a quarter century, to the August 1989 issue of Popular Science.

The Internet Is Still A Toddler

In the days before AOL, CompuServe provided a gateway to a rudimentary Internet. This ad tries to explain all the cool things you can do online—including shopping at over 100 stores! 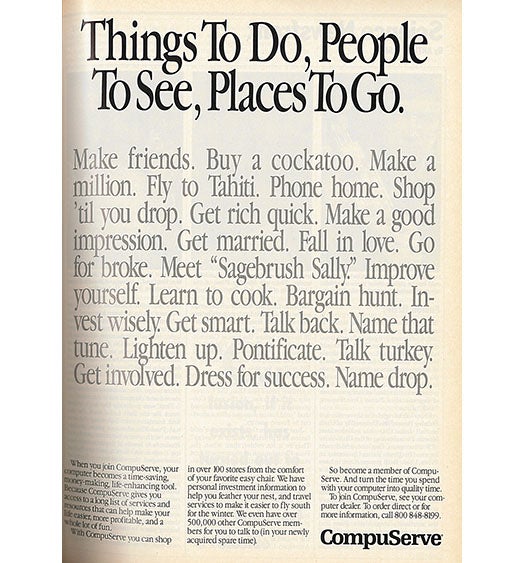 The Many Wonders Of The Internet.

If scientists could fuse atoms at room temperature, mankind would have a limitless and clean source of energy. It’s like the Holy Grail of physics, and in 1989, scientists Stanley Pons and Martin Fleischmann announced to the world that they had finally achieved it. The problem was, those results turned out to be bunk—other scientists couldn’t replicate the results. Popular Science covered the tumult that ensued, noting that “[T]he ongoing debate has turned nasty to a degree unsurprising to those familiar with past examples of scientific internecine warfare.” Despite all that, the article balances the skepticism with the hope that cold fusion may someday be possible.

In “Playing Dice With Earth’s Climate, Part One“, Popular Science began a series on global warming which they claimed was “the first comprehensive overview of this worldwide threat in a major magazine.”

Here is Pop Sci’s original coverage of the flip phone, from an article titled “Beam Me Up” (of course).

Better Than A Shoe Phone.

_Robert Weisshappel, corporate vice president of Motorola’s North American Cellular Subscriber Division holds what appears to be a wallet in his hand at a demonstration in Washington, D.C. Then he proceeds to unfold the tiny container like Captain Kirk’s “Star Trek” communicator. “It’s the world’s smallest cellular telephone,” he says. “You can slide it into your pocket or purse. _

_Called the Micro TAG Personal Cellular. Telephone, the minuscule—5.5 by 2.4 by 1.6 inches—pocket phone weighs just 12.3 ounces, including its 75-minute (continuous talk time) battery. The battery lasts for 20 hours in standby when you’re waiting for calls to come in. _

“We were able to reduce the overall size through the design of advanced linear and digital ICs,” says Weisshappel. Using the Micro TAG is as easy as any communicator: Flip the top open, speak to answer a call. You make calls by dialing the number or by speed dialing any of the 120 user-programmable numbers stored in its memory. An LED displays the name and number of the person you’ve selected. There’s also a call timer to show how long you’ve been speaking, an electronic lock to prevent unauthorized calls, and a “call” message light, which I don’t understand. According to Motorola, the light comes on to show that a call has come in “while the user was away.” Away from what? His shirt?

Hello, You’ve Reached … The Age of the Digital Answering Machine

The famed physicist explains some of the difficulties he faced in writing A Brief History of Time—including having a tracheotomy that left him voiceless. “For a time I could communicate only by raising my eyebrows when someone pointed to letters on a card. It seemed quite impossible to finish the book.” Thankfully he did, and it became one of the best selling science books of all time. 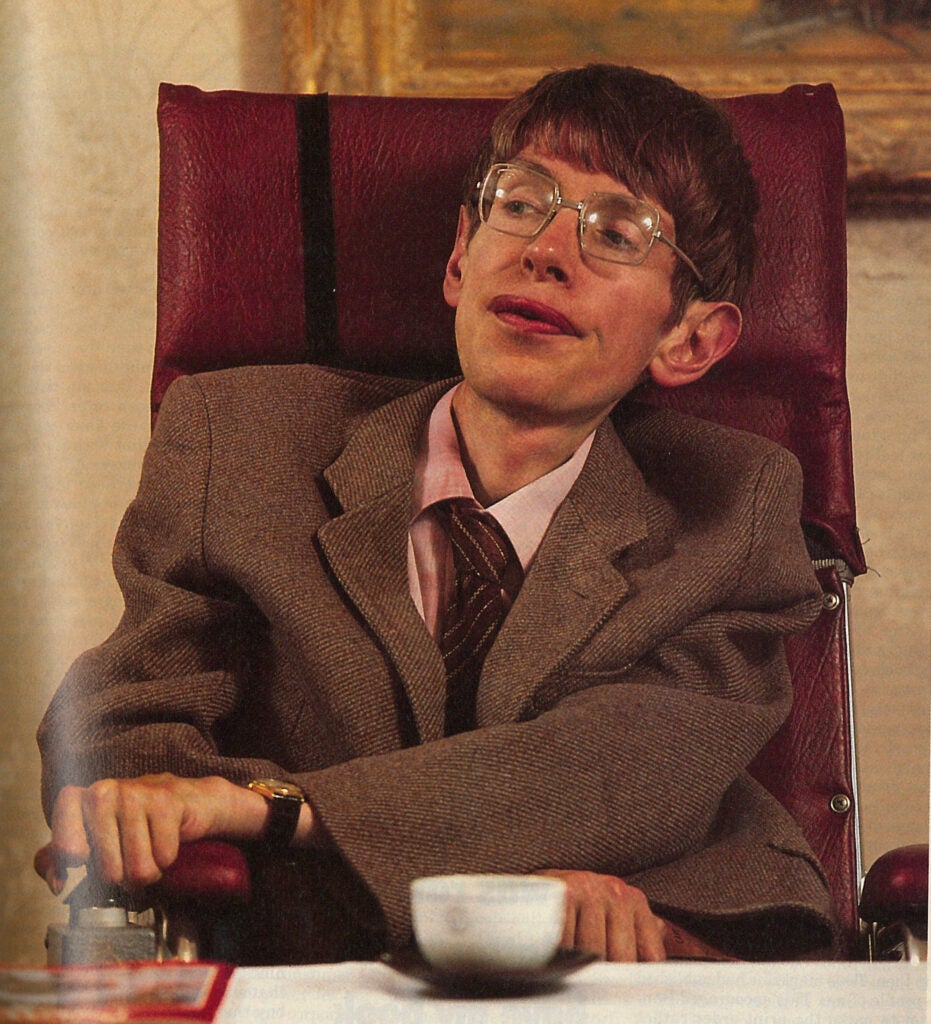 You can read the entire August 1989 issue of Popular Science here.