"It was terribly exciting because it was so unexpected." 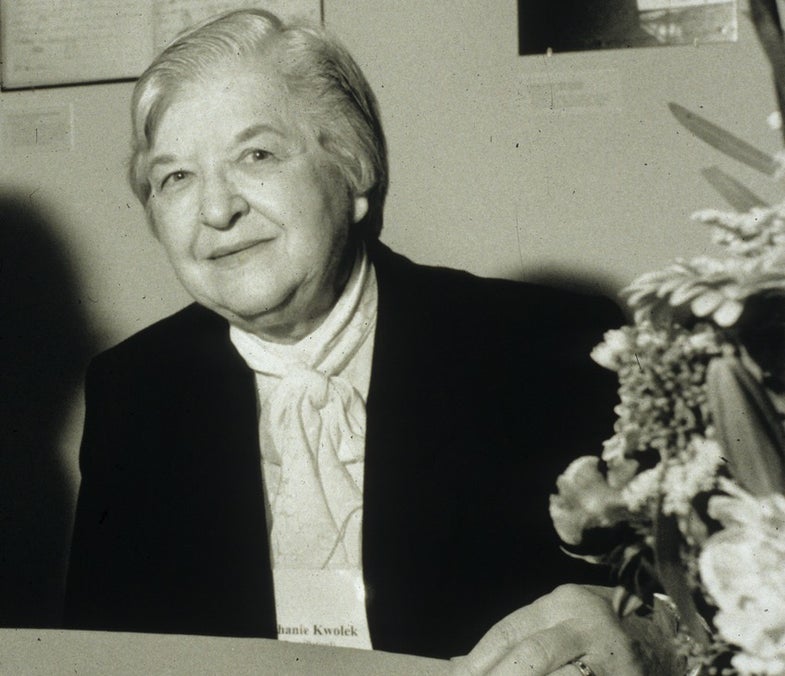 It’s hard to calculate the lives saved by Stephanie Kwolek. She started working as chemist for DuPont in 1946. In 1965 Kwolek invented Kevlar, the strong and lightweight fibers that go into bulletproof vests, among other safety applications. Kevlar is, ounce for ounce and pound for pound, five times stronger than steel. Kwolek passed away this week at the age of 90, but her work will continue to save lives for decades and perhaps centuries to come.

Kwolek discovered Kevlar while working with polymers for tires. DuPont anticipated that a future gas shortage meant cars would want lighter tires, but at a similar strength as before. Since then, Kevlar has gone on to have hundreds of uses. Here’s just a sampling of stories about Kevlar from the Popular Science archives:

On the polymer itself, there’s The Science Behind 4 Of The Greatest Polymers Of All Time. One of the first uses of Kevlar was in tires, as we wrote in our 1976 story “New Materials Promise Safer Tires.” As a way to make stronger, lighter boats, we covered it in Kevlar Boats: Say Goodbye To Fiberglass? In “Hot New Shapes – Passenger Planes The Will Revolutionize Aviation,” we covered how Kevlar allows new, strange airplane bodies, allowing both strength and flexibility in a lightweight form.

When the military needed to suspend a target across a three-mile stretch of missile range, they used a single Kevlar cord, and we wrote about it in _Popular Science’s _October 1994 story Target Practice.In the hockey rink, Kevlar is one of the Secrets of Easton’s Superstick, and nets of Kevlar and still caught not pucks but rockets fired at helicopters in A Chopper Shield prototype. Kevlar protected legs from blades in Chainsaw Chaps, Kevlar jackets could strengthen the weak parts of bridges, and on the battlefields of Iraq Kevlar vests stopped bullets before they could kill soldiers.

Kwolek started working as a chemist at a time when few women were in the field. Interviewed in 2003 by Jim Quinn for the National Inventors Hall of Fame, she answered a few questions about women and science:

Thanks for Kevlar, Ms. Kwolek.