Missile defense remains in the Pentagon's budget, with the hope that, this time, the technology doesn't fail during testing. 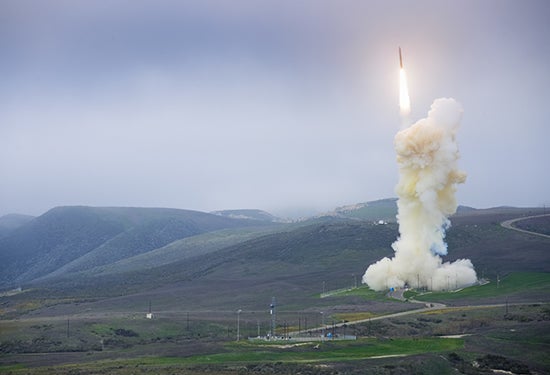 Congress wants the machines it’s been buying to shoot down missiles to, you know, shoot down missiles. In the recently passed 2015 National Defense Authorization Act (NDAA), the congressional bill that grants the Department of Defense the ability to spend money, the House of Representatives set aside rules and goals for a better “Exo-atmospheric Kill Vehicle.” It’s the latest in a long series of developments for missile defense, and it shows that members of Congress are as eager for a working version as they are frustrated by the continued lack of success.

“Exo-atmospheric kill vehicle” is a complicated name for a simple and awesome concept: A missile that flies into space to destroy another missile. Defense giant Raytheon makes a version, which the Department of Defense purchased and deployed. The problem with these, in the words of Congress, is that

Notably, the program had a major failure in 2010, during a test of the system. A ballistic missile, simulating a hostile nuclear warhead, was fired as the test target. The detection system located the missile, launched the rocket that carries the Exo-atmospheric Kill Vehicle, and put it in space. What should have happened next is that the Kill Vehicle’s thrusters maneuvered it into position where it would collide with the target. That didn’t happen. 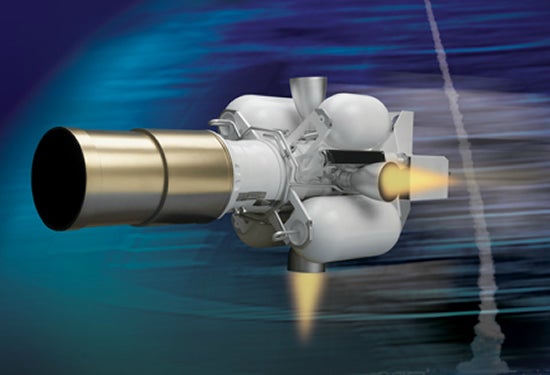 Congress still wants the program to work, and the 2015 NDAA insists upon a redesign to “increase significantly its performance, reliability, cost-effectiveness, and affordability.” In addition, Congress says that “in order to stay ahead of evolving ballistic missile threats” the Department of Defense should “design the Next Generation Exo-atmospheric Kill Vehicle to take full advantage of improvements in sensors, discrimination, kill assessment, battle management, and command and control, including the potential to engage multiple objects.”

The most damning part of the new authorization is the line that “it is important to redesign the Exo-atmospheric Kill Vehicle using a rigorous acquisition approach, including realistic testing” [emphasis added].

If this goes according to plan, in the future America can shoot missiles at other, deadlier missiles to blow them up in space. If not, the U.S. might just have to rely on its old, terrifyingly named nuclear deterrence standby: Mutually Assured Destruction.