The first European explorers thought they were American Indian burial mounds, but found only dirt and pebbles inside when they sliced one of the mounds in half. 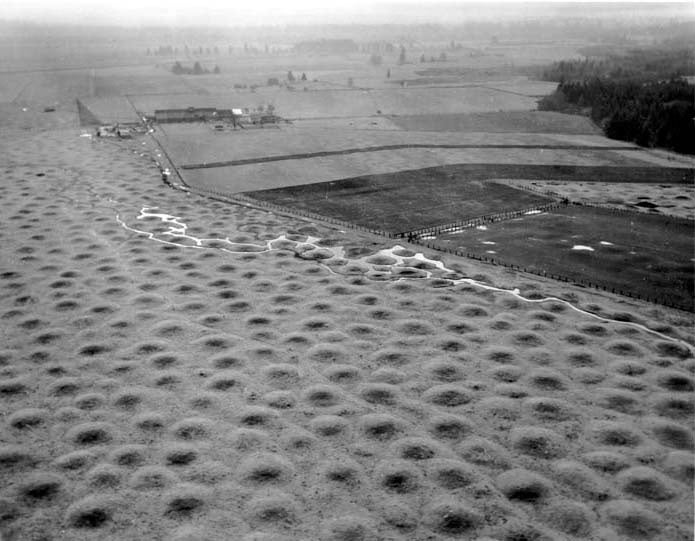 It’s one of those things that teachers in Washington state use to hook kids on science, alongside salmon runs, hydropower plants and those weird sea stars with way too many arms. Mima mounds, I diligently learned, are 6-foot-tall, 30-foot-wide domes of dirt that cover the open prairie on Washington’s Puget lowlands. They are so large and uniform, it’s hard not to feel they must be man-made. But nobody actually knows who or what made them. They are a scientific mystery, I learned.

Now, one team of geologists says they’ve uncovered the secrets of the Mima mounds. Using a computer program that simulates the behaviors of pocket gophers, the team found that hundreds of generations of the animals will eventually make Mima mounds, Livescience reports. The team, led by San Jose State University geologist Manny Gabet, published a paper on their work in October and presented their results at the American Geophysical Union’s annual meeting this week.

So as thousands of children learn this season that Santa isn’t real, I, too, am losing a bit of childhood magic. (But explanations are a cool replacement.)

The new computer study doesn’t absolutely prove gophers are the Mima mounds’ builders, but it’s good evidence for the gopher hypothesis, Ronald Sletten, a University of Washington soil scientist who has studied Washington’s Mima mounds, told Livescience. You can see other hypotheses in this 2008 article from The Seattle Times. Either way, it seems clear they were not made by some ancient hobbits of Washington, which was what I was kind of hoping for.

There is still a bit of mystery left to the structures. Mima-like mounds appear on all continents except Antarctica. The digging behaviors of pocket gophers, which live in the American West, fit well into Gabet’s model. However, it’s still unclear what could have made the mounds that appear where pocket gophers don’t live. Gabet suggested to the BBC that scientists open those mounds to see if other digging mammals might live in them.