Penguins Found With Bird Flu Virus, For The First Time

The penguins don't appear to be sickened. 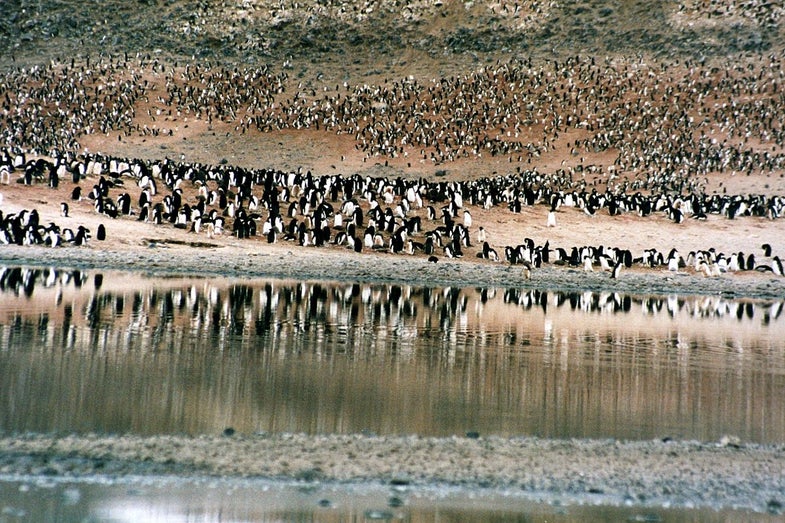 Adélie penguins can get the flu. New research shows that three percent of the birds, which live in colonies in Antarctica, harbor influenza viruses, of a type never seen before. But don’t panic–none of the animals appeared to suffer any ill effects from the virus.

Scientists made the find after swabbing the throats and other cavities of the penguins, looking for pathogens. It’s the first avian influenza viruses to be found in Antarctica, and in penguins. It shows that influenza can be found even in the most remote parts of the planet. And suggests penguins may not be as isolated as previously thought from such viruses.

How did it get there? It’s not clear, although it appears to have arrived between 50 and 80 years ago. It’s possible that it may have been brought to the continent by Arctic terns or South Polar skua, which migrates long distances.

How is it passed between the birds? “The large amount of penguin feces in colonies during summer, which in some cases is so significant it can be observed on satellite images, presumably facilitates (viral) transmission by the fecal-oral route,” the scientists wrote in the study, published in the journal mBio. Dirty birds.