Congress will scramble to address the isotope paucity this week 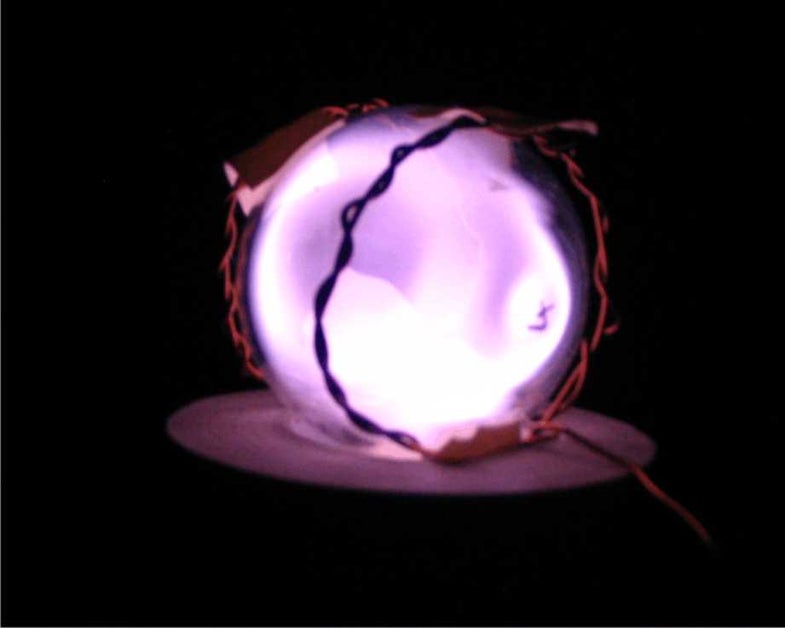 A large Cold War supply of helium-3 has begun to rapidly run out, due to heavy demand from U.S. scientists who need the gas for neutron detectors and cryogenic experiments. Almost 60,000 liters of helium-3 were used in 2007 and 2008, compared to just 10,000 liters used annually about 10 years ago. A House subcommittee has been convened to search for a solution this week, New Scientist reports.

The U.S. formerly stockpiled helium-3 from the decay of tritium, the radioactive hydrogen isotope used to make nuclear weapons. That helium-3 supply stopped growing for the most part when the U.S. ceased making tritium in 1988. But in an ironic twist, the fast-growing use of neutron detectors in security systems designed to detect illegal plutonium and other nuclear materials has dramatically eaten into the helium-3 stockpile.

The shortage has slowed down the growth of quantum computing and other scientific fields which depend upon frigid conditions provided by helium-3 refrigeration. National laboratories have also been forced to develop less-sensitive neutron detectors which rely upon lithium and boron instead of helium-3.

Since the early freeze on tritium production, the U.S. did resume making bomb-grade tritium at one civilian nuclear plant in 2003. The AP notes that President Obama’s 2010 budget includes funds for the Tennessee Valley Authority to expand tritium-production to a second nuclear plant, even if Obama has taken a recent stand against the development of new nuclear weapons. So fans of a quantum computing future need not give up hope just yet.