Gamers Reveal The Inner Workings Of The Eye 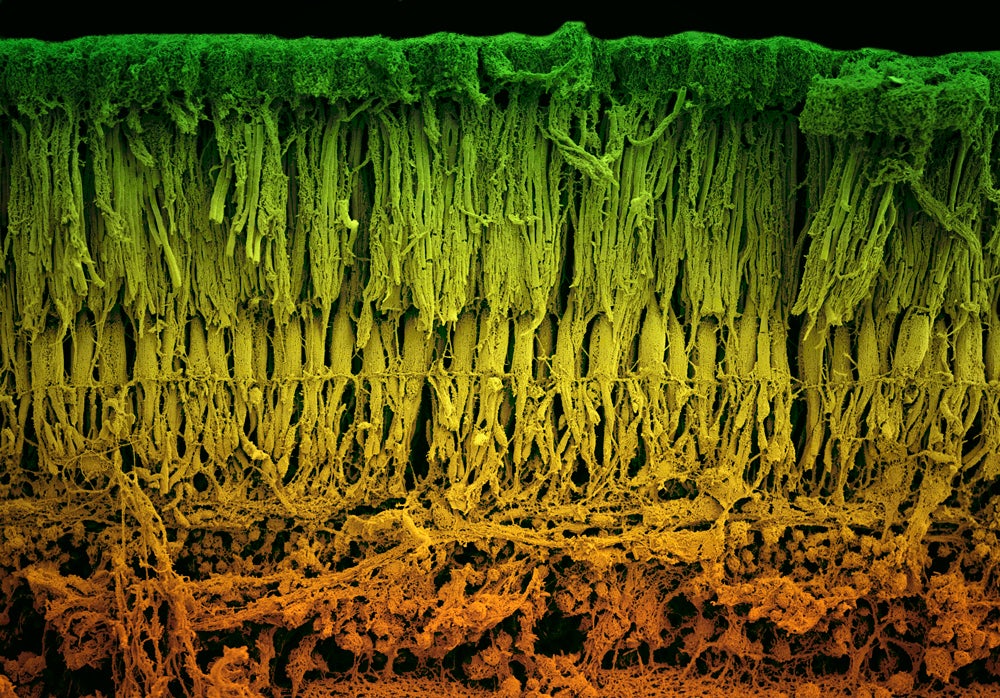 The human retina allows the eye to follow the path of a moving object, such as a Ping-Pong ball in play. Neuroscientists have been toiling for 50 years to explain how, but they lack the processing power to map the eye’s neural network. (With today’s cutting-edge modeling software, 100 people would have to work 24/7 for half a million years.)

An online game called EyeWire, developed at MIT, harnesses the power of gamers instead. Each player navigates a single nerve’s path across a tiny section of mouse retina. “It’s actually extremely challenging,” says Amy Robinson, EyeWire’s creative director. “No computer program can do it automatically.”

Some 135,000 gamers have spent a year and a half connecting retinal dots, which scientists then used to reconstruct the neural wiring in 3-D and hypothesize how the retina processes observed motion. They published their findings in Nature in May.

Now the team is working on a game that traces nerves in the olfactory cortex to find out how the brain associates emotions with particular smells.