The treatment, known as Evzio, injects a drug called nalaxone that "rapidly reverses the effects of opioid overdose." 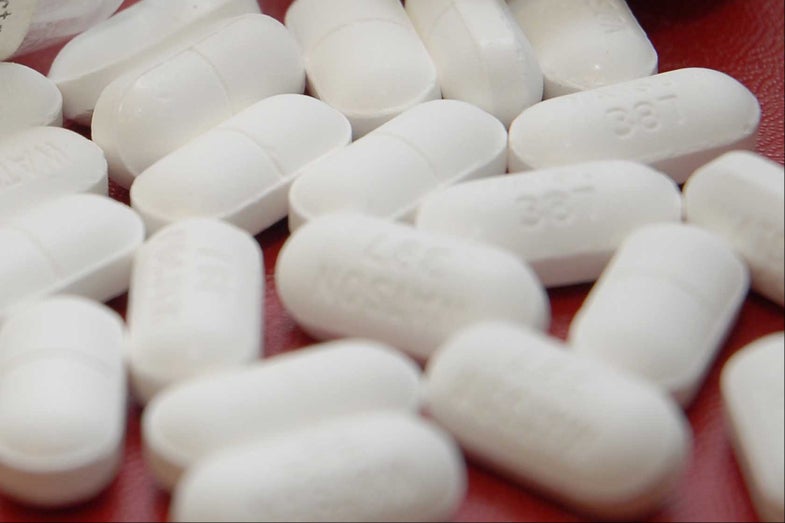 The U.S. Food and Drug Administration approved an auto-injecting device that can treat overdose from a variety of painkillers. The agency said in a statement today (April 3) that it could save lives; drug overdoses have become the leading cause of death from injury in the United States, surpassing vehicle crashes.

The treatment, known as Evzio, injects a drug called nalaxone that “rapidly reverses the effects of opioid overdose” and is the standard treatment for overdose, the FDA noted. Previously the drug had to be given via a syringe, which often requires taking somebody to the emergency room, taking up time. But the new auto-injector can be administered by caregivers or family members, and can fit in a medicine cabinet or pocket.

Tests have shown that the device administers that same amount of nalaxone as when somebody injects the drug with a syringe, and gives verbal instructions to whoever is using it.

Almost three out of four prescription drug overdoses are caused by opioid painkillers like oxycodone (Oxycontin) and hydrocodone (Vicodin), and since 2003 have caused more overdose deaths than cocaine and heroin combined, the CDC noted. Strangely the FDA also recently approved Zohydro, an opioid painkiller drug with up to 10 times more hydrocodone than Vicodin.