Designing Technology For Our Animal Friends

A new conference will gather research into animal-human-computer interaction. 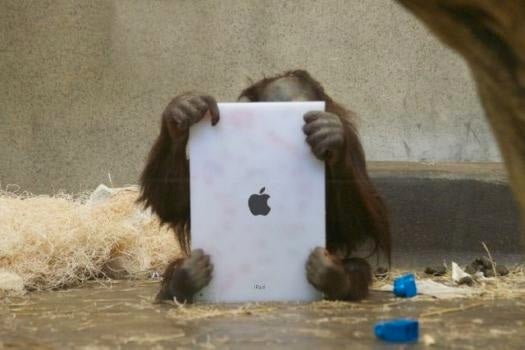 Human-computer interaction is a fast-growing field of study that examines questions like how people feel about robots, or what people choose to click first when they visit a webpage. With some clever setups, researchers are even able to investigate scenarios aren’t quite technologically possible, such as how people react to a robot that begs not to be put away. The results of human-computer interaction studies can be fascinating, even if some of them are not applicable to everyday life… yet.

Now, a new conference is looking to throw yet another participant in the mix. The Association for Computing Machinery plans to host a conference this year about animal-human-computer interaction research. Possible study topics include prototype systems allowing animals to interact with computers, and programs that improve non-human animals’ quality of life.

The new conference has already gathered research paper submissions. A review committee is deciding which papers to include. The conference will be part of a larger gathering this November, about computer entertainment technologies.

We eagerly await the list of studies scientists will present at the International Congress on Animal Human Computer Interaction. Meanwhile, here are some animal-computer tools that we’ve seen over the past decade:

The common denominator here is the touchscreen, which animals can tap with their noses, paw pads, and fingertips much more easily than they could manage keyboards and computer mice. One thing we’d love to see next is other ways for animals to interact with technology, perhaps by making noises or non-touch gestures that are natural to them. Oink recognition, anyone?

Below, frogs are enthralled by worms on an iPhone: