Here Is Apple’s iOS For Your Car

We got a look at Volvo's version of CarPlay. 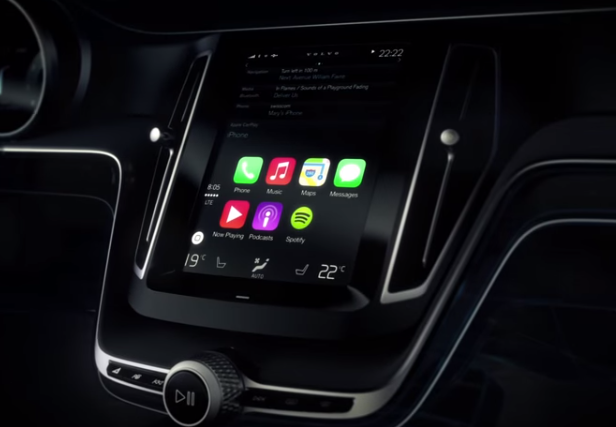 Do you own an iPhone? Have you used your iPhone? Have you driven a car? If yes, you are prepared to use CarPlay, Apple’s dashboard operating system—essentially, a pared-down version of a few apps, with a heavier focus on voice control.

We saw Volvo’s version at the New York Auto Show, but it’s essentially the same idea across vehicles: hook up your iPhone to your car, and your car becomes the medium for controlling your stuff. A display shows your texts, calls, maps, music, podcasts, and a handful of third-party apps, which have all been optimized for Siri-friendliness—because tapping away on your car is perhaps not the best use of your driving time.

It’s not too complicated. If you’ve seen a car display, imagine pasting iOS on top of that. There are some variations between cars—we got a look at the Volvo version, which will be coming to the company’s new XC90—but for the most part, CarPlay is just an Apple interface that’s burrowed into your car’s operating system. They’re integrated, although still seem discrete–you can choose, for instance, whether to use Apple’s mapping tool or Volvo’s. But CarPlay will only work when you plug in an up-to-date iPhone.

You can see the simplicity as a positive—you don’t want to be constantly learning and configuring a new system while hurtling down the freeway at 75 MPH. If you were expecting much more than simplicity from CarPlay, you might be disappointed.