For now, this is only possible in a Tesla. In the future, who knows? 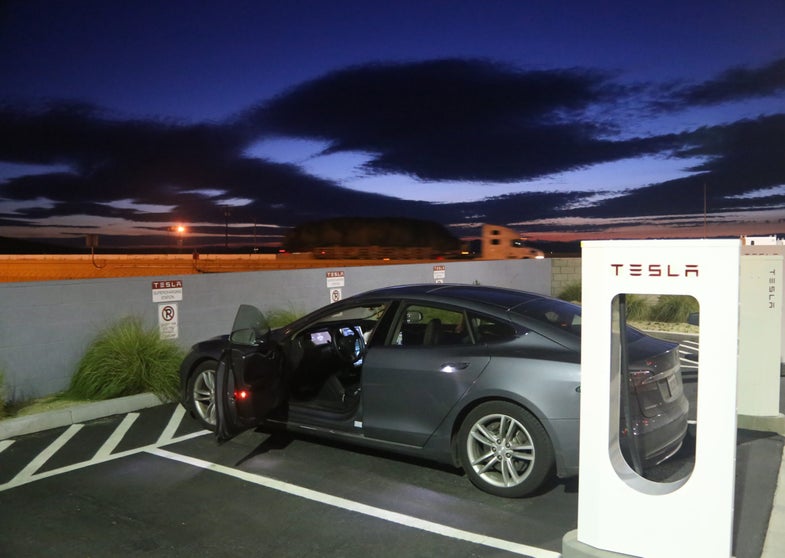 At the end of his road trip on Monday, Norman Hajjar had used a little more than 4,000 kilowatt-hours of energy. He drove a Tesla Model S sedan for 12,000 miles over 24 days, crossing 27 states along the way.

The trip was a bid for a Guinness world record for the longest all-electric car trip. It was also a publicity stunt on behalf of electric vehicle technology. “It’s a way to draw attention and amplify just how far we’ve come in electric vehicles,” Hajjar tells Popular Science. Hajjar is the managing director for research at Recargo, which makes electric vehicle apps and does research for automakers and other groups. He made the trip with the support of his own company, but no Tesla sponsorship.

For now, a trip like this is only feasible in a Tesla, an electric car company that has great technology, but is out of reach for most Americans. Hajjar’s sedan costs something on the order of $90,000. For now, however, only Tesla makes electric car batteries that are able to drive for such long distances on a single charge. Most electric sedan models are federally rated as having ranges between 60 to 90 miles per charge. That works for commutes and city driving, but it’s not practical for a road trip.

In the near future, however, Hajjar expects lower-cost electric vehicles to be able to make great American roadtrips, too, so long as companies—or cities—build quick-charging stations along the way. “I’m optimistic that within the next couple generation of vehicles, by 2016, we’re going to be seeing lower-priced vehicles than Teslas with ranges beyond 150 miles,” he says. 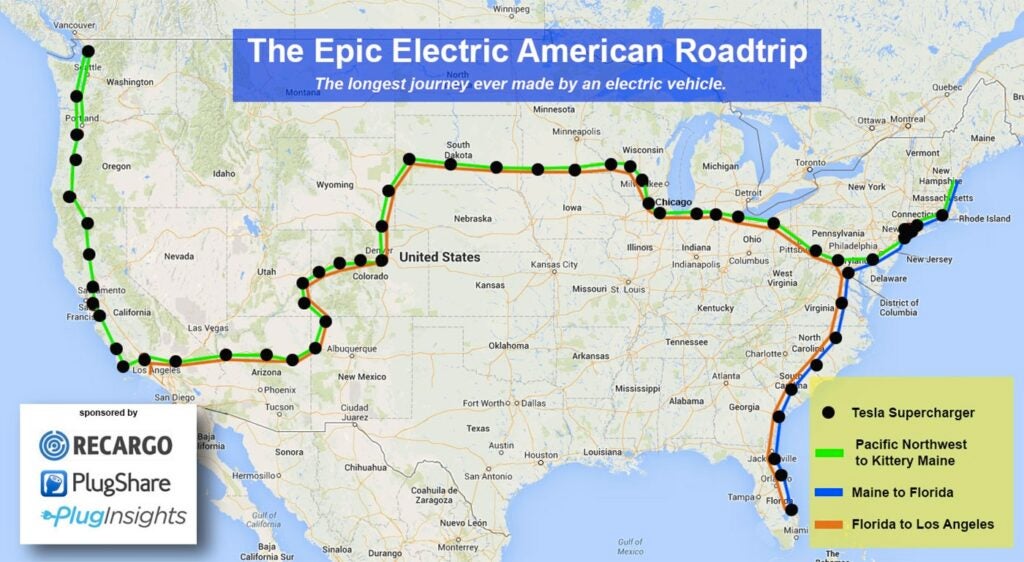 So the other limit to electric-only roadtrips is whether there are charging stations along your route. Hajjar chose a course that followed a series of Tesla’s “Supercharger” stations, which work only for Teslas. You can see a map of the charging stops he made here. Compare that with this map of Supercharger stations and you can see he didn’t have much choice in his route. Tesla does plan to build many more stations by 2015.

“One of the reasons to do a journey like this is to point out the incredible importance of building out the fast-charging stations all over the United States,” Hajjar says. He thinks stations should be dotted throughout metropolitan areas “so there’s no place within the metro you can’t go,” he says.

Hajjar advocates for stations that work for all plug-in cars and that are a step beyond what’s called Level 2 technology. Such stations are expensive, but they work more quickly than Level 2 stations. If Hajjar had had to charge at Level 2 stations, he would have had to stop for eight hours each time he needed to fully charge his car, he says. As it was, Tesla’s Supercharger stations took one hour to fully charge his car. (Normal, non-country-crossing users might have a quicker time of it. Car charging slows dramatically when the battery nears capacity. Hajjar wanted a fully charged car every time, but errand-running might not require a 100 percent charge.)

Hajjar estimates he had to make five or six charging stops a day. When I ask, he says the waits were “not at all” annoying. “You know, the charging stations are always located by some cool restaurants. Simply after driving two, three hours, I’m ready to get out of the vehicle, anyway.” 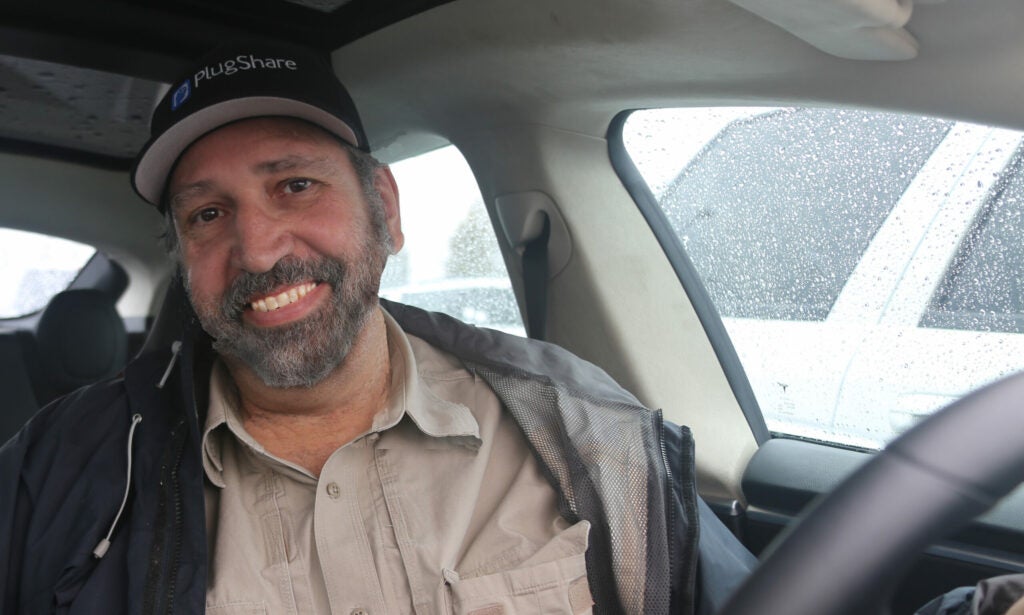 Norman Hajjar in the Driver’s Seat