Alexa could be your next personal assistant 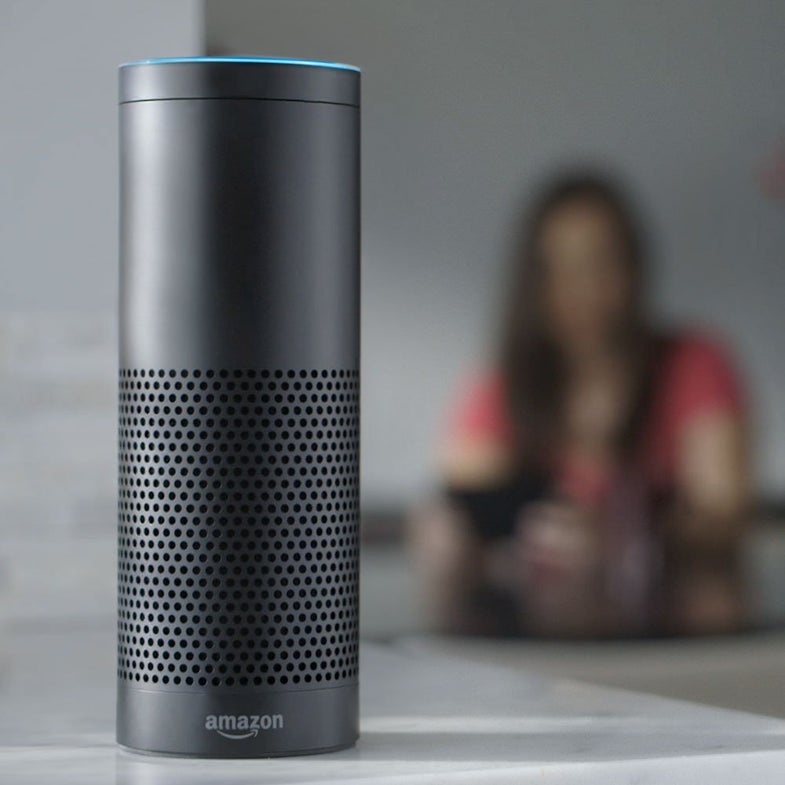 Your home is about to get a whole lot smarter. On Monday, Amazon announced its artificially intelligent bluetooth speaker—the Amazon Echo—is being made publicly available for purchase. The Echo was first unveiled in November 2014, but it was sold on an invitation-only basis until this week. The device is one of the first always-on, voice controlled intelligent home appliances that connects to the Internet and controls third-party services. It can answer trivia questions, tell you the weather, add items to a shopping list, and much more.

The Echo is based on Amazon’s cloud-based voice service, Alexa, which can hear, comprehend, and resolve any question or command. The speaker is always listening, and it’s activated when the a user says the name Alexa. For instance, a user could say, “Alexa, do I need an umbrella today?” and the device would respond with an answer. Although the first applications were limited to mostly Amazon services, Amazon plans to expand its offerings with the released of two new development kits.

Today, Amazon upped the ante when it announced the release of the Alexa Skills Kit (ASK), a collection of APIs and tools that will allow third-party developers to build new functions into the Amazon Echo. The kit allows developers to use the voice-controlled Alexa software to run commands on their service. That means internet-ready devices such as smart yard products or robotic vacuums can be programmed and controlled by the Echo. It also means that cloud-based services such as fantasy football leagues, email services and more can be programmed to work with the Echo.

In addition to the release of the Alexa Skills Kit, Amazon is also releasing a toolkit called Alexa Voice Service (AVS). The service will give hardware makers—both corporate and start-ups—to integrate Alexa into their Internet-connected devices with only a few lines of code. That means that Alexa will no longer be confined to Amazon products. The AI software will likely appear in many more appliances and devices.

Amazon’s push to the usher artificial intelligence into the home is part of a larger trend sweeping through Silicon Valley. Apple, Google, and Microsoft have already bet big on artificial intelligence with mobile personal assistants (Siri, Google Voice, and Cortana respectively), and even smaller app companies like SoundHound are getting into the game. Although it appeared that Amazon would be competing against home robot brands such as Jibo, it’s now clear that the company will expand its offerings to many devices. The scatter-shot approach is not much different than the strategy taken by Google, Apple or Microsoft.

Whether or not Alexa or Echo catches on remains to be seen, but Amazon is doing everything in its power to encourage development. The company has even created the Alexa Fund, a $100 million fund that will be used to invest in developers, manufacturers, start-ups and other projects designed around the human voice. “Alexa Fund investment decisions will be made based on the potential for unique or novel applications of voice technology that leverage the Alexa Skills Kit or the Alexa Voice Service,” Amazon said in a statement.

Although it’s still unclear whether Alexa will become a commonplace service, its early iterations have caught many users by surprise. Here’s a look at some of our favorite responses to the Amazon Echo powered by Alexa: