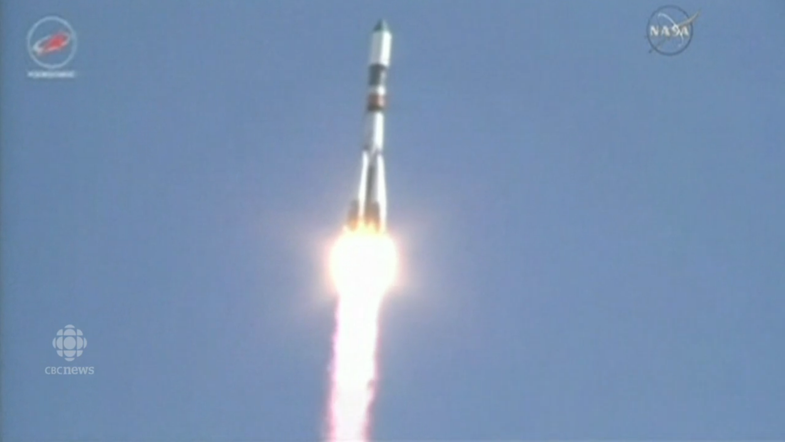 Update, July 6, 2015 at 10:30am: The Progress 60 resupply mission successfully docked with the International Space Station over the weekend, delivering the astronauts’ first fresh cargo in months. Yay!

In the wee hours of the morning, a Russian rocket packed with 6,000 pounds of food, fuel, and supplies successfully launched toward the International Space Station. Normally this would not be big news for those of us here in the States, but given that three missions to the ISS in the past year have ended in disaster, we’re breathing a small sigh of relief.

It’s not over yet, though. The Progress 60, which launched at 12:55AM Eastern, won’t arrive at the space station until July 5. Until then, it’s premature to celebrate.

There’s a lot riding on this mission going smoothly. Last week, a SpaceX rocket carrying 4,000 pounds of ISS supplies blew up before it could get into orbit. Similarly, Orbital Sciences resupply mission exploded on the launch pad in November. And in April, a Russian cargo ship launched successfully but malfunctioned later, flailing around in orbit until it burnt up in the Earth’s atmosphere. That’s why Progress 60 isn’t out of the proverbial water quite yet.

Despite the alarming rate of failure, NASA says the astronauts currently have enough supplies to last them through October, and the Progress 60 would add another month’s worth of supplies.

So far, Progress 60 is doing better than Progress 59. NASA reports that the ship has deployed its solar arrays and antennae, which is Progress 59 was unable to do. I guess you could call that progress?