A look inside the war-torn country’s hospitals shows a serious scarcity of resources and staff. 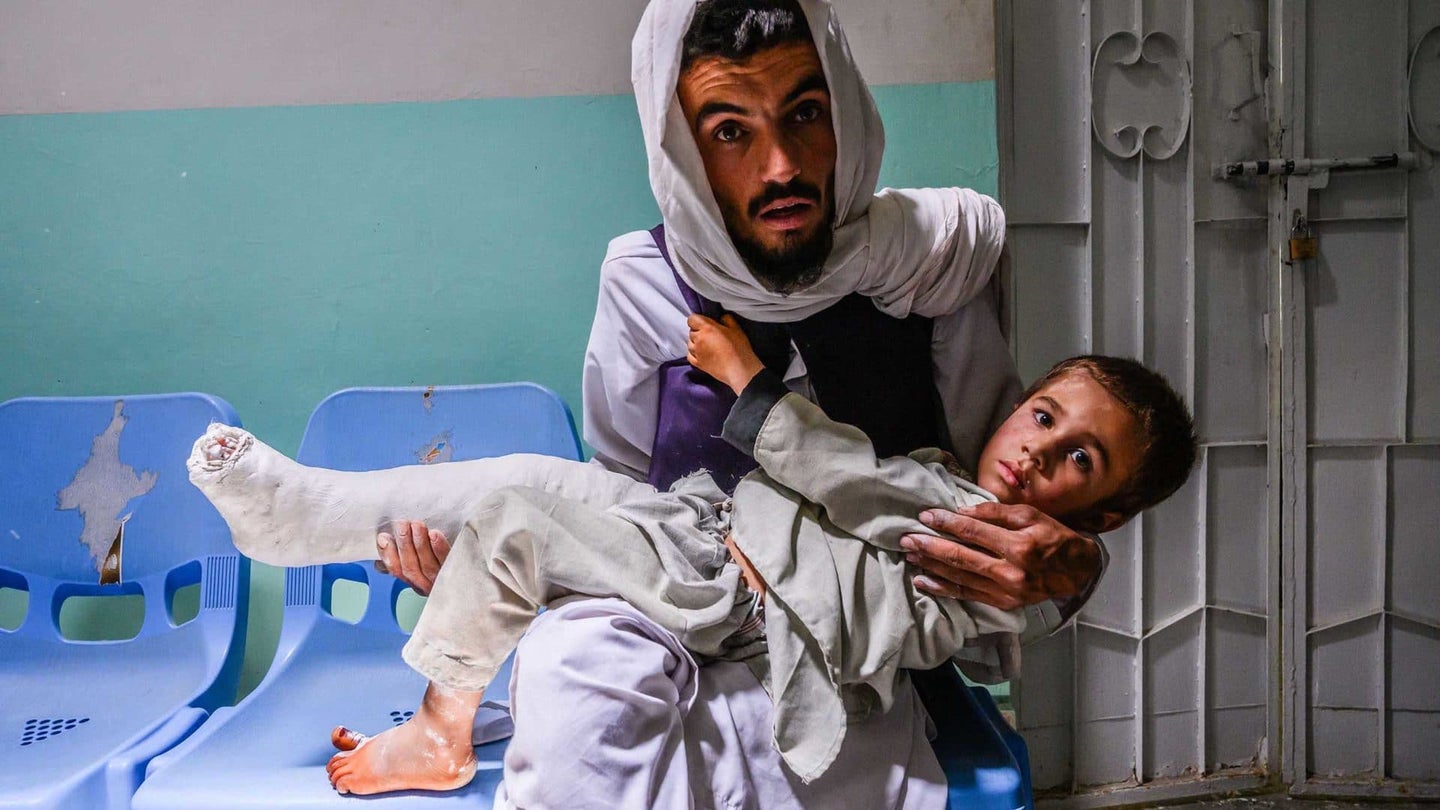 On a Sunday in early June, the first battered Afghan Border Police pickups roared into a district hospital parking lot at 8:30 a.m. The small, four-building medical facility sits on the edge of Spin Boldak, a busy frontier town in eastern Kandahar straddling the border between Afghanistan and Pakistan. It was the height of the summer fighting season, and the police convoy had come under Taliban attack while on a routine border patrol. As the vehicles rolled to a halt in the small hospital parking lot, stunned soldiers emerged from a cloud of dust and exhaust fumes, while others were hustled onto gurneys by the clinic’s small staff.

Inside the hospital, Zamaryalai Ghafori, 34, moved calmly among the patients, helping to bandage a shrapnel wound on an officer before moving swiftly to dress the bleeding head of a young boy involved in a motorcycle crash. For all his calm, Ghafori and his small team toil daily against absurdly high odds. Long hours and low pay had recently driven another surgeon at the hospital to quit—a common occurrence. This has left Ghafori in the middle of a 72-hour shift and, on this morning, the only surgeon available at a hospital that—like so many in Afghanistan—faces chronic shortfalls of personnel, beds, and even standard medical equipment.

“Sometimes we don’t have [clean] water in [the operating theater] for hand washing,” Ghafori told me. “This is very important. Because there is no water, we are buying from outside water and bringing it to the hospital.”

That sort of do-it-yourself resolve is testament not just to the tenacity of many Afghan doctors and nurses, but to the country’s status among the least medically equipped in the world. And while health care access and quality has been steadily improving over the last two decades, challenges abound. In a country of more than 37 million, Afghanistan has just 150 hospitals, including regional, district, and special military hospitals, and a mere three doctors per 10,000 people—a fraction of the nearly 26 doctors per 10,000 people in the United States. As of 2015, the country had just five hospital beds per 10,000 people, compared to approximately 30 hospital beds per 10,000 people in the US in 2013 and 134 per 10,000 in Japan in 2012.

The health care shortfalls are particularly pronounced in rural areas, where 85 percent of the population lives below the poverty line and infection and malnutrition are widespread. Large, remote districts, sometimes encompassing hundreds of square kilometers and hosting dozens of villages, may be serviced by a single small community clinic staffed by one or two nurses. Many such facilities might carry a basic stock of medicines and supplies, but they remain ill-equipped to deal with even common issues like complications from childbirth, or accidents involving serious bodily trauma.

Meanwhile, the threat of violence hangs heavy over medical personnel. In many instances, doctors and other health workers face direct physical threats, particularly when they are known to have treated government or military personnel — unavoidable in many areas. In the first six months of this year, the World Health Organization tallied 58 attacks on health care facilities. More than a dozen health care workers and patients were killed over the same period, and 25 others were injured.

“Just four kilometers far from our hospital, the area is under control of Taliban,” Ghafori says, explaining that three or four times a week, Taliban and Afghan forces clash in these areas. He says sometimes, when the police bring their injured soldiers, they put their guns to hospital workers’ heads, warning, “If anyone died, we’ll kill you.”

The equipment shortages and physical threats take their toll, and the country’s health care woes are compounded by the steady loss of expertise as experienced surgeons—who earn on average between $200 and $250 per month—move overseas in search of personal safety and a living wage.

Some doctors and nurses, like Ghafori and his team, obtain much-needed supplies and medications using their own funds. Other medical personnel become de facto engineers, repairing vital solar power systems, fixing plumbing, and performing a wide range of tasks far outside their ostensible job descriptions. And the prohibitively high cost of certain orthopedic surgical equipment like bone saws and drills—desperately needed given the injuries many hospitals see in this perennially war-torn nation—leave them in particularly short supply.

In Kabul’s Wazir Akbar Khan Hospital, doctors recently dealt with a lack of orthopedic drills by purchasing electric carpentry drills to use instead. Patients there, as in many places, are also asked to bring their own syringes if coming for injections, in case of shortage.

Gul Ahmad Ayubi, director of the Wazir Akbar Khan facility, chuckled ruefully when asked if his hospital receives enough funding from the Afghan government. “No,” he said “because the budget of the Ministry of Public Health is very low.”

“Experienced staff we have,” he added, “but unfortunately we don’t have equipment.”

Kern Hendricks is an independent photographer and journalist. He has been based in Kabul, Afghanistan since 2017. More of his work can be viewed on Instagram @kernhendricks.

This article was originally published on Undark.