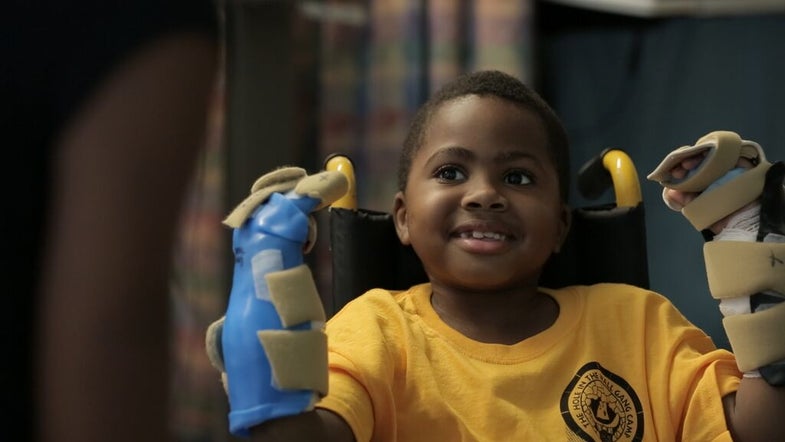 Zion Harvey had gotten used to living without his hands—he could eat, write, and play videogames just like any other eight-year-old. But he still couldn’t throw a football. Earlier this month, Harvey became the first child to receive a bilateral hand transplant; judging from a press conference conducted yesterday, he’s doing better than ever.

When Harvey was two years old, he had a terrible infection. His doctors had to amputate his hands and feet, and he received a kidney transplant. He’s able to walk, thanks to prosthetic feet. Ironically, the kidney transplant made Harvey a good candidate for the hand transplant—he’s already on immunosuppressant drugs, so he ran less risk of rejecting the new hands. 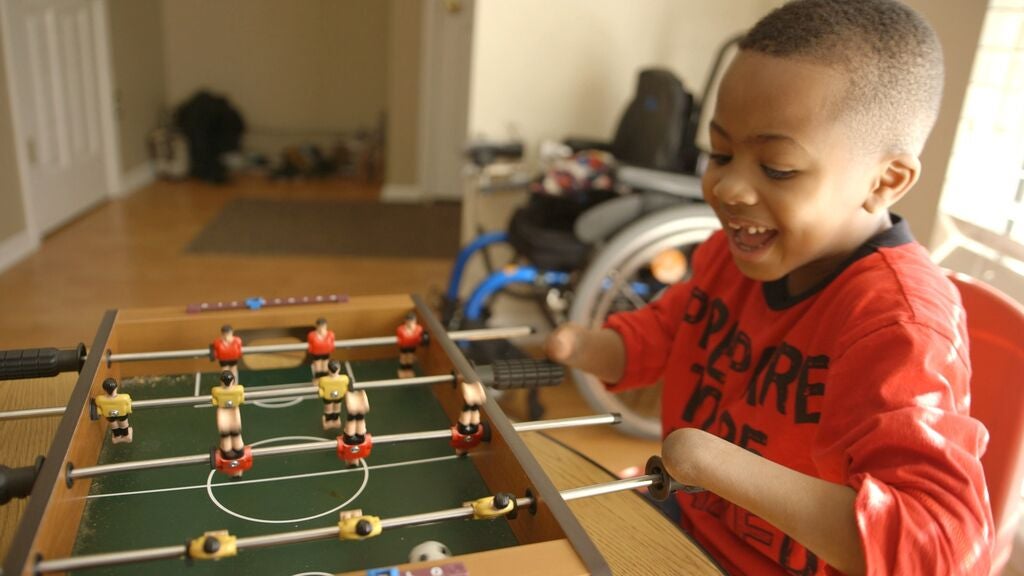 Harvey’s doctors at the Children’s Hospital of Philadelphia (CHOP) worked with nonprofit Gift of Life to find a donor, a boy about Harvey’s age. The 10-hour procedure was complex: the bone, blood vessels, nerves, muscles, tendons and skin of the donor’s hand were connected to Harvey’s forearms. The bones came first, connected by steel plates and screws, and then the surgeons connected the arteries and veins using microvascular techniques. With the blood flow established, surgeons connected the muscles and tendons, then reattached nerves and sewed up the surgical sites.

A few weeks after the procedure, Harvey seems to be doing great. He’s still taking immunosuppressant drugs and does rigorous hand therapy sessions at CHOP several times per day. If everything goes as planned, he will be allowed to go home to Maryland in a few weeks. The doctors expect that Harvey’s new hands will grow as he does.