The 5-Second Rule Is Still Not Real

No exceptions--a new study made sure 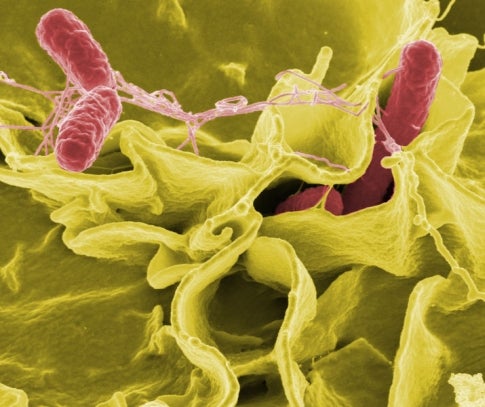 News flash flippant food hygiene folks: that potato chip you dropped on the floor, picked up and proceeded to eat was not protected from dirt, bacteria and other contaminations by your quick hands. Again, don’t shoot the messenger, but the 5-second rule is dead.

A recent study from researchers at Rutgers built on three previous studies about the 5-second rule by testing additional foods (“Maybe watermelon creates a liquid barrier that protects it, right?” No.) and testing additional surfaces (“Well my pizza fell on carpet so—” No.).

They found, as did all previous studies, that it takes less than half a second for some bacteria to transfer to food dropped on the ground.

Yes unsanitary people who are currently looking for new loopholes: the study found that carpet has a lower transfer rate, and there are subtle differences between foods, surfaces, and bacteria.

And yes, same gross people, it’s entirely possible that you may drop something, enact the 5-second rule, and not get sick. But that doesn’t mean the rule works, okay? We’ve been over this.

And hey, here’s a free bit of social science research conducted by me: if you drop your avocado toast face down in the break room, pick it up and eat it, it doesn’t matter what goofy thing you say before putting it in your mouth. That’s gross. No exceptions. Additionally, this study didn’t test college students with pizza in frat houses to figure out if one can sterilize the pizza if you rinse it in beer. More research is needed.