Confidence in math early on differs by gender and plays a key role in future success. 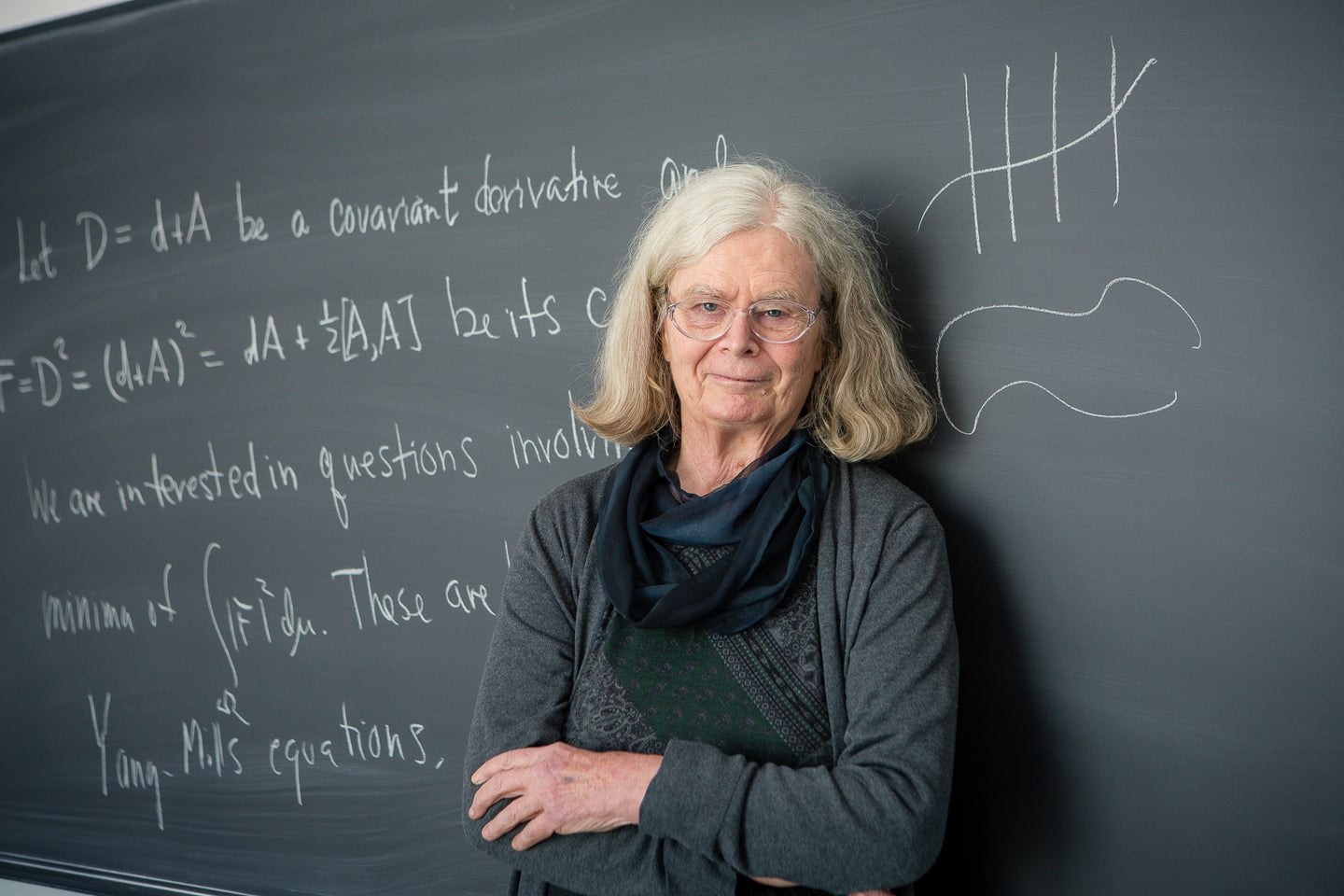 This week, Karen Uhlenbeck, a distinguished professor of mathematics at Princeton University, received the Abel Prize—one of the most prestigious awards in mathematics. It’s often compared to the Nobel Prize, which doesn’t have a category for math or statistics.

She won the award—which includes a $700,000 check—for her significant work in two major mathematical concepts: gauge theory and geometric analysis. The former deals with how various forces and particles can behave within Einstein’s theory of special relativity, which handles the relationship between space and time: The laws of physics are the same for all non-accelerating systems and the speed of light in a vacuum is the same regardless of the light source. The latter, geometric analysis, attempts to predict how three-dimensional shapes will behave. For example, Uhlenbeck found if you blow a soap bubble, the shape will adjust such that it conserves its own surface area to make itself as stable as possible. In doing so, she helped determine how we predict three-dimensional structures of various substances and elements.

Unfortunately, Uhlenbeck’s win is noteworthy for reasons other than the importance of her findings: She’s the first woman to receive the award. The fact that this is the first time a woman has won such an honor is not really a hint but rather a bright, flashing light at major issue in STEM: Even today, few women pursue advanced degrees in mathematics.

The number of women who enter mathematics Ph.D. programs is still significantly lower than men. Women in ethnic minority groups make up an even smaller percentage of such programs. According to a 2019 report by the National Science Foundation, while almost (but not quite) half of all math degrees go to women, that percentage drops significantly once you reach the doctorate level. In 2016, about 42 percent of the people who earned an undergrad degree in mathematics and statistics were women, but just 28.5 percent of those who earned a doctorate were.

What’s the hold-up? Some argue that part of the problem stems from the fact that culturally, we see professions in mathematics as masculine. These social expectations, in turn, affect a woman’s confidence in their own math skills. A 2017 study that looked at how beliefs about mathematical abilities shaped secondary and postsecondary degree choices found that women with positive beliefs about their performance abilities were more likely to choose majors rooted in math. Another study, out in 2016, found that even in elementary school, gender differences in math confidence are greater than differences in both interest and achievement.

Other studies back this idea up. One found that while middle-school boys and girls had similar levels of math performance, attitudes toward math were the strongest predictor of how well girls performed. Boys, on average, had performance influenced primarily by actual skill. In other words, middle school girls and boys are equally good at math, but girls’ low confidence can keep them from doing their best. In boys, that’s not the case at all.

The first step to making people confident in their math skills is making them believe they should be the ones doing that work in the first place. Showing the world at large how integral all sorts of individuals are to new research in math and the sciences—by giving those experts well-deserved awards, for example—is one small step toward fixing this disparity.