The answer depends on your symptoms. 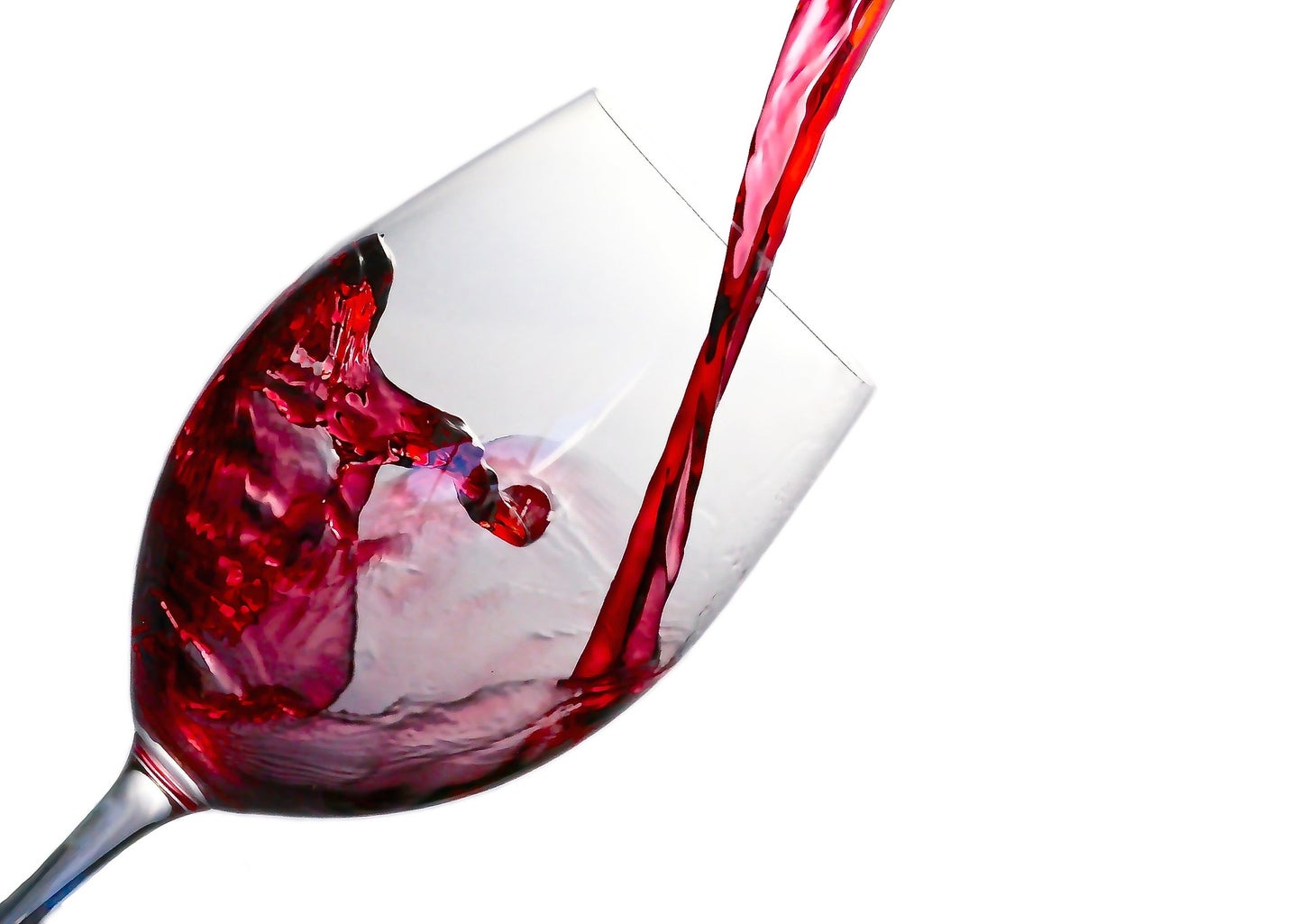 This post has been updated. It was originally published on December 27, 2019.

Drinking too much alcohol can give anyone a terrible hangover. But some people get sick after just a single glass of red wine, with symptoms ranging from an itchy rash and a wheezing cough to a pounding migraine. What makes wine so different? There’s no easy answer: A handful of substances in wine, particularly red wine, can wreck havoc on the unlucky people whose bodies can’t handle them. Here are the likely culprits behind your red wine woes, according to your symptoms.

For those who experience debilitating migraines following a glass of red wine, the most likely culprits are congeners, says Leslie Bonci, a registered dietitian and sports nutritionist. These substances occur naturally in most types of alcoholic drinks, including red wine. Congeners are chemical byproducts of fermentation and they give the beverages their distinctive flavors. Red wine is known for having a lot of these flavor-enhancing substances, as do other beverages like whisky, rum, and brandy. Certain types of congeners found in red wine, including ones called tannins, can make people who are already susceptible to migraines much more likely to get them. Fortunately, it’s a pretty easy thing to recognize. But unfortunately, most doctors and nutritionists advise people who regularly experience headaches after drinking red wine to avoid it entirely. “If someone says ‘Every time I drink red wine, I get a headache,’ then they really should consider switching to white wine altogether,” says Bonci. White wine doesn’t contain the migraine-inducing congeners that are so prominent in red wine.

In other individuals, wine can cause symptoms similar to those seen in food allergies—coughing, wheezing, and itchy rashes. A number of different substances found in all wine can cause these ‘allergic-like reactions’, Bonci says. Sulfites, which winemakers in the United States sometimes use to keep wine from spoiling, are often to blame for wine-induced sniffles. Sulfites are not only found in wine, but also in many types of foods. Parmesan and other aged cheeses are on the list, so sulfite-sensitive folks are no fun at wine and cheese gatherings. “For people who are sensitive to sulfites, they might notice wheezing and coughing, and might even get a stuffy nose,” says Bonci.

But if you’re getting an itchy rash or experiencing abdominal pain, then another allergen called histamine is the more likely cause. People with histamine allergies may even experience headaches, though probably not as severe as the migraines that can be triggered by cogeners, says Bonci.

Sulfites and histamines are found in all types of wine. But Bonci says there are some workarounds: “Organic winemakers tend not to add sulfites, so that’s an option,” she says. And sweet wines tend to have more sulfites in them, so choosing a dry bottle is a safer bet.

[Read more: There’s no cure for your hangover, but science might make it easier]

“Red wine is kind of the trifecta,” Bonci says. Not only does it have histamines and sulfites, but it also has a protein found in grape skin called LTP. This protein gives red wine its color, but it might induce allergic responses in certain people which include flushing, and even diarrhea. While it won’t kill you (or cause an anaphylactic response) it’s extremely uncomfortable. So if you experience these symptoms regularly after consuming red wine, it might not be worth it. “Drinking it really doesn’t make a lot of sense,” she says.

Bonci says the most important thing to remember about wine intolerances is that the effects are often dose-dependent. This means the more red (or white) wine you drink, the more likely you are to experience some kind of reaction—and the worse it will be. A serving of red wine is about five ounces, Bonci says. But most people drink much more than that—a six ounce pour is standard at most restaurants, and wine glasses can hold a lot more if you’re your own bartender.

In fact, red wine glasses are intentionally much larger than white wine glasses, because you want air circulating through the wine to open up the aroma and open up your palate. This comes at a cost for those who have wine sensitivities. Some people who would be able to tolerate five ounces of red wine might frequently have their sensitivities triggered by a generous glass.

Bonci recommends getting out a measuring cup and pouring out five ounces—just to see what that amount of wine looks like—so you can know how much to pour yourself in the future.

At the end of the day, the rich taste of red wine may not be worth the cost of a nauseating headache or an itchy rash. Sometimes your best bet is to just avoid it altogether.