Why Are So Many People Nearsighted? 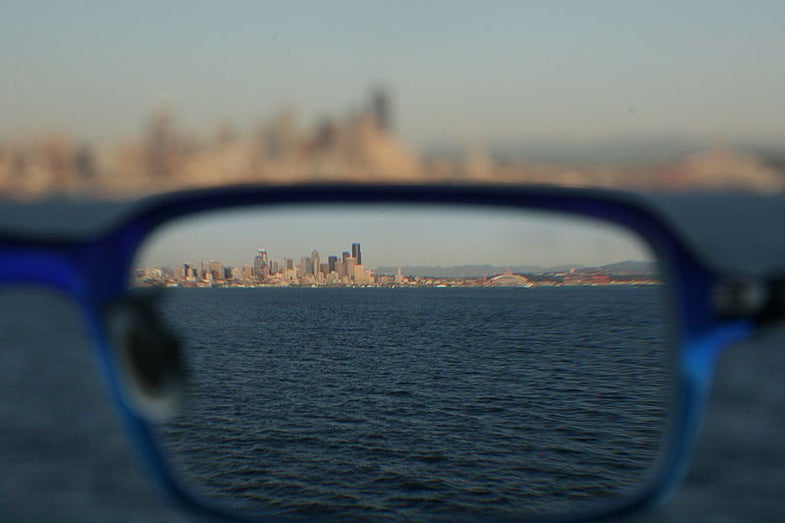 Myopia, or nearsightedness, is reaching epidemic proportions. In the US, over 40 percent of the population needs glasses; estimates suggest that one-third of the world’s population will be nearsighted by the end of the decade. Myopia can usually be treated easily with glasses, contact lenses or surgery, but even still nearsighted people are at a higher risk for glaucoma, retinal detachment, and cataracts. The condition’s sheer pervasiveness has made researchers wonder about its cause. Now, scientists think they have a good understanding of why the condition has become more common: young people are spending too much time indoors, according to a report published today in Nature.

Studies among twins in the 1960s showed researchers that DNA influences nearsightedness. But information from as far back as 400 years ago indicated that genes weren’t the whole story—astronomer Johannes Kepler thought his own poor vision stemmed from keeping his nose in a book for so many years. More recent research has corroborated Kepler’s hypothesis: the rise in myopia syncs up with a stronger emphasis on education, especially in East Asia. In China, almost 90 percent of teenagers and young adults are nearsighted (compared to 10 to 20 percent 60 years ago), and it’s no coincidence that the average 15-year-old in Shanghai spends 14 hours per week doing homework. Last year, German researchers found that students who attended more years in school had a much higher rate of myopia than did their less academic peers.

Myopia experts haven’t reached a consensus about how exactly to slow the rising tide of nearsightedness. But one Australian researcher found that kids could maintain healthy vision by spending three hours per day in light of 10,000 lux or more–the same amount of light a person would see wearing sunglasses on a bright day. (For comparison, a well-lit classroom is usually no more than 500 lux.) Many researchers agree that kids who spend more time outside will maintain good vision for much longer, plus the physical activity could stave off obesity and improve mood. The work has sparked a number of East Asian countries to start public health campaigns designed to get kids outside.