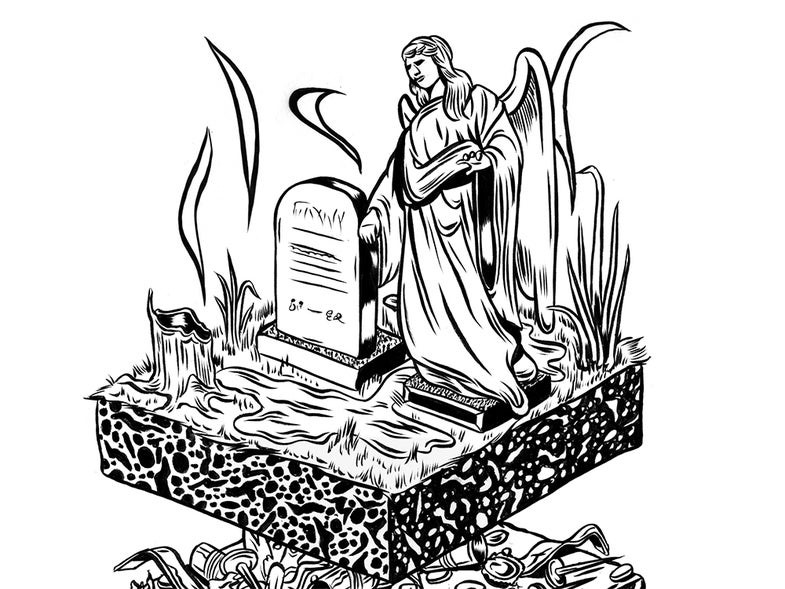 Permafrost isn’t just chilled dirt: It’s cold storage for everything from mammoths to the microbes inside them. Though any soil that stays frozen for at least two years is technically permafrost, the frigid layers can be tens of thousands of years old and as thick as 5,000 feet. But climate change is warming the Arctic twice as quickly as any other place on Earth, causing some strange threats to emerge. While many of these ­artifacts might not do any damage in the modern, melting world, some could be bad news.

Bacteria that form protected spores, such as tetanus and botulism, are the most likely to pose a threat once defrosted. No one knows how long microbes can survive a hard freeze, but in 2007, scientists reported signs of cellular life in 8-​­million-​year-​old Antarctic ice.

In 1918, a virulent flu killed tens of millions. Scientists have found fragments of the virus in thawed graves of its Arctic victims. And in 2004, traces of smallpox—­officially eradicated in 1980—showed up on 18th-century Siberian corpses.

In the early 1900s, Bacillus anthracis infections killed 1.5 million reindeer in northern Russia. In 2016, rising temperatures released the bac­terium’s spores to cause anthrax poisoning in thousands of deer (and a few dozen humans).

In 2017, a teacher contracted a bacterial infection while excavating seal remains from an 800-year-old Alaskan dwelling. Old diseases, including those that plagued our humanoid ancestors, could lurk anywhere—and our modern immune defenses might not work against them.

In 2014, virologists discovered a pathogen 10 times bigger than the flu in 30,000-​year-​old permafrost. Once warmed, it started preying upon amoebas. It doesn’t seem to infect humans, but ­reports of antibiotic-​­resistant bacteria from the same era could be a cause for worry.