The constantly shifting chemical formula makes illness from these drugs hard to treat. 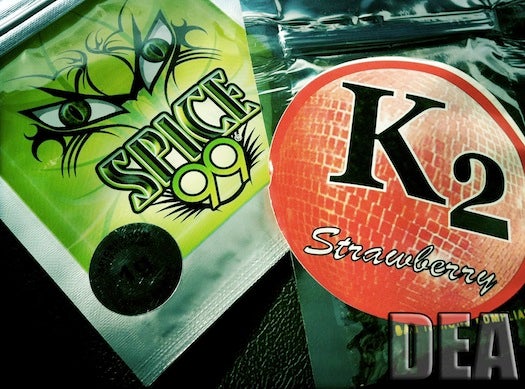 This week, more than 70 people overdosed on the synthetic marijuana known as K2 during a single 24 hour period in New Haven, Connecticut, stretching the resources of the city’s emergency medical services. Initial speculations were that the substance might have been doctored with fentanyl. But the Drug Enforcement Administration (DEA) tested samples of the drug linked to the overdoses and determined it hadn’t been laced with any other substances, though its still possible that some of the overdose victims also had the potent opioid in their systems.

Such a high number of overdoses at once is indeed striking. But over the past few years, there’ve been multiple reports of clustered hospitalizations from synthetic marijuana: over 100 overdoses in a Pennsylvania county in 2017, nearly 200 cases spread through this past spring in Illinois, and 33 hospitalizations in Brooklyn, New York in 2016. In July, the FDA issued a statement warning about the unique dangers of these synthetic drugs.

The illicit substances are all lab-made cocktails of compounds that attach to cannabinoid receptors, which are the same ones in the brain that marijuana binds to. They’re usually sprayed onto plants and smoked. But despite the name and the method of consumption, these drugs are very different than leafy green cannabis, and can cause major health problems.

These synthetic drugs are often called the same thing—K2, Spice, or Black Mamba being among the most popular—but individual batches all contain different chemicals and aren’t regulated at all. As long as the chemical compound binds to a cannabinoid receptor, it’s likely to be packaged and sold as K2 without any sort of testing. “The users are like guinea pigs,” says Paul Prather, a toxicologist at the University of Arkansas for Medical Sciences.

Additionally, the synthetic compounds are all far more potent than the cannabinoids in marijuana plants. If the cannabinoid receptors were a dial, the plant would consistently turn it up a few notches. The synthetic compounds, on the other hand, would spin it freely—sometimes they’re hundreds of times more potent than THC, a major cannabinoid in marijuana plants, says Andrew Monte, a toxicologist and professor of emergency medicine at the University of Colorado School of Medicine. This inconsistency is a major part of what makes these drugs so dangerous.

“The ones that make it to the market have anywhere from 50 to 1000 times more potent than THC,” he says. That high potency is part of what can make these drugs so dangerous, and cause health problems ranging from seizures to vomiting. Marijuana plants, or the cannabinoids developed for therapeutic use through the normal pharmaceutical process, wouldn’t cause the same effects.

Synthetic cannabinoids also don’t just bind to the cannabinoid receptors—they can also affect other chemicals in the brain, like serotonin and dopamine. “They’re what I would term ‘dirty drugs,’” Monte says. “Depending on how much they impact each of those targets, they can lead to a variety of different symptoms.”

The chemical makeup of the synthetic cannabinoids on the market are constantly shifting, which makes it harder for doctors to treat people who have negative effects.

“They all have different clinical effects, so bad reactions might not look the same all the time. It becomes more difficult to recognize, which can lead to delayed diagnosis and care,” Monte says. It’s also hard to treat illnesses caused by these drugs, and they sometimes don’t respond to medications. They’re also often mixed with other illicit drugs, he says, which complicates things further.

Clusters of overdoses like the one in New Haven this week can happen when a batch of drug with an especially high dose, or a particularly noxious compound, comes into a community, Monte says. That’s when synthetic cannabinoids make the news, but isolated illnesses related to the drugs show up in emergency rooms regularly. “There’s a constant burden of synthetic cannabinoid use,” he says.

The drugs change constantly to help users avoid detection—they’re popular with athletes and members of the military because the unique chemical formula won’t show up on a standard drug test. Shifting the formula also lets manufacturers stay ahead of the DEA, though state-level legislation and the Federal Analogue Act, which bans substances that are chemically similar to illegal drugs, have helped law enforcement crack down on synthetic cannabinoids in the past few years.

However, the system is still largely reactive, responding to new chemicals as they appear, rather than predicting which ones might crop up next. That creates challenges for doctors, who are flying blind with each new case.

“This is a constantly changing landscape,” Monte says. “Until we come up with a more robust surveillance network and substance abuse education platform, we’ll continue to have these outbreaks of severe illness.”